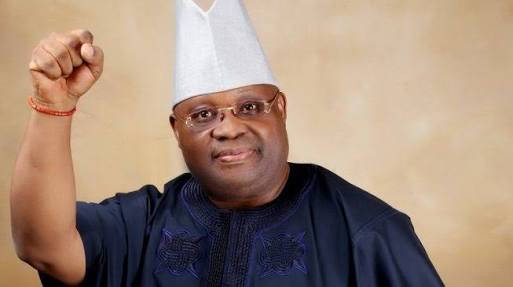 Senator Ademola Adeleke who is popularly known for his dancing skills (Dancing senator) and also an uncle to popular singer Davido, won the PDP governorship primary in Osun state and will be flying the party’s governorship flag in the state governorship election on September 22nd this year. The party primary took place yesterday July 21st.
Adeleke pulled a total of 1,569 votes to defeat his closest rival, Akin Ogunbiyi, the Chairman of Mutual Assurance, who pulled a total of 1,559 votes.
Share this...