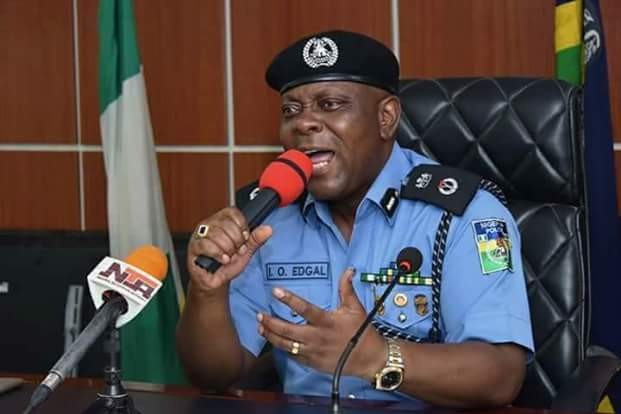 The Apapa LG Chapter Chairman of the People’s Democratic Party (PDP) in Lagos, Hon. Borishade Adeniyi, has been shot dead
The incident took place on Saturday, July 21, during Lagos State  PDP Visitation meeting at Igbosuku village, Eti-Osa LGA, attended by Lagos State and Local Government PDP Chairmen.
Police Public Relations Officer of the Lagos State Police Command, CSP Chike Oti, who confirmed the incident in a statement, said fracas broke out between contending factions of the party towards the end of the meeting.
“One faction was for the State Chairman, Hon. Moshood Adegoke Sabadon and the other for the Eti-Osa LG Chapter Chairman, Engr Kehinde Fasasi,” he said
“In the melee, one Hon. Borishade Adeniyi, the Apapa LG PDP Chapter Chairman, recognised also as the Doyen of PDP LG Chapter Chairmen in Lagos State, was allegedly shot and injured on the legHe was rushed to First Consultant Hospital, Obalende, Lagos, where he was treated but eventually died. Corpse of the deceased is deposited in the hospital mortuary. Two other persons allegedly injured during the clash, are also receiving treatment in a hospital in Ajah”
In a swift reaction, the Commissioner of Police, Lagos State, CP Imohimi Edgal, directed the Area Commander in-charge of Area ‘J’ Elemoro, to ensure the arrests of all those with hands in the crime.
Following the directive, five of the principal suspects had been arrested. They are:
1. Engr Kehinde Fasasi, chapter chairman, Eti-Osa LG,
2. Hon. Rotimi Kujore, PDP chapter chairman, Lagos Island LG
3. Alhaji Fatai Adele, PDP chapter chairman, Mushin LG,
4. Mr. Ismail Abiola, PDP chapter chairman, Amuwo Odofin LG and
5. Dr. Amos Alabi Fawole, PDP chapter chairman, Surulere LG. ..
The five suspects have  been transferred to SCIID, Panti, for further investigation.
The CP is completely  disappointed with PDP Leadership in the state for their penchant for violence. It will be recalled that on the 12/07/2018, two male thugs, Wale Oye, 37 and Ganiyu Ajiboluwa, 47, were arrested at Festac Extention by Apple Junction, Amuwo Odofin with two pump action rifles given to them by their hirer, one Hon. Dipo Olorunrinu, a member of the Peoples Democratic Party(PDP) in Lagos State House of Assembly, to escort him to a political rally.
Meanwhile, Hon. Dipo Olorunrinu is warned to report at the Police Command Headquarters, Ikeja, on Monday, at 0900hrs for the continuation of his case. He is reminded that he is only on administrative bail and not acquittal.
The CP warns that no political party will be allowed to truncate the peace in the state. He therefore calls on all political parties to disarm their members as nobody or group would be allowed to threaten anybody with firearms.
Share this...