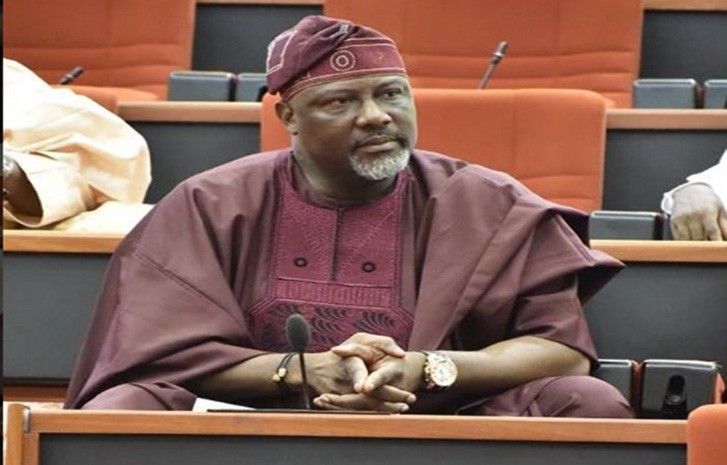 The Kogi West Elders Forum (KWEF) of the Peoples Democratic Party (PDP)  has rejected any attempt to impose Senator Dino Melaye as the sole senatorial candidate on the people of the Kogi West in 2019. The  elders made this known through its chairman, Hon. Shaibu Momoh, at a meeting held in Lokoja, today July 8th. This development comes amidst Dino’s planned defection to the party aytime soon.
Momoh who spoke on behalf of the elders said Dino if allowed to contest in any free and fair election in the state now will be defeated. The elders said they will vehemently reject any attempt to make Dino an automatic senatorial candidiate

“He is seen as too controversial and his unacceptable behaviors are the serious negative views of the public against him. He can not win any election in a free and fair atmosphere and PDP should therefore not gamble with him as a candidate for now. He needs a serious reformation period which PDP Kogi state do not have the luxury of time to dispense. The leadership of PDP in the state under the apex leadership of two former governors of the state, Alhaji Ibrahim Idris, Captain Idris Wada, senator Tunde Ogbeha Alhaji Musa Ahmadu and host of other critical stakeholders have been struggling to rebrand a PDP that can recapture power from an aggressive none performing government of APC in the state.
They have reconcile several prominent strong men and women who came back to the party and their re-entrance back to PDP is without any condition or concession but genuine. Some restructuring on House of Representatives, Governorship and state Houses of Assembly are on-going and imposition of a Senatorial candidate will cause a major derailment and unimaginable crises that PDP may not be able to overcome before the general election. The critical leaders are on ground and they understand this great danger and trap, hence their rejection of this Dino imposition”, he lamented

“Senator Dino Melaye is welcome to PDP as specified under the Constitution of the party. He is free to aspire to any position of his choice but must take cognisance of existing mutual arrangement. He will not be discriminated against in any form in the conduct of the affairs in the state. He should come into the party with genuine open mind and contribute meaningfully to growth of the PDP like any other senior members of the party”.