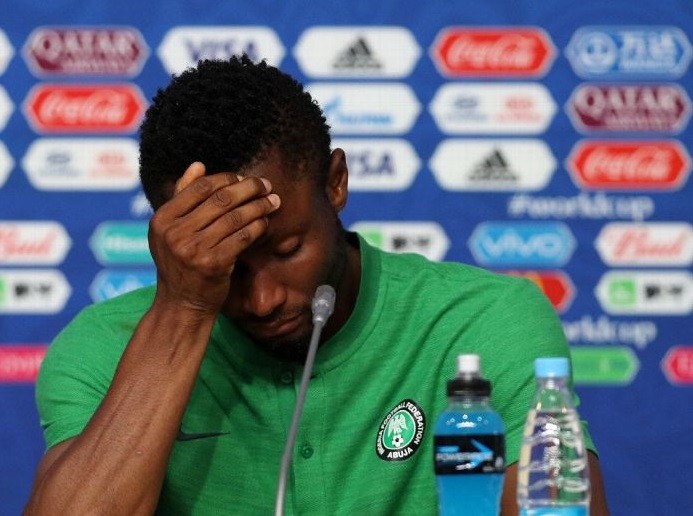 Last night, we reported the news of the father of Super Eagles captain, Mikel Obi who was rescued on Monday in Egede Udi forest of Enugu State along old Egede Affa Road in Enugu.
Pa Michael Obi and his driver, Ishaya John,were kidnapped last Friday along Makurdi – Enugu Road on his way from Jos. It was also revealed that his abductors demanded a ransom of N10 million before the operatives acting on intelligence information assisted in rescuing the two men unhurt. Read previous report
Speaking to KweséESPN after his father’s rescue, Mikel said he faced Argentina last Tuesday in the knowledge that his father was being held for ransom, but did not tell anyone about it as the kidnappers threatened to shoot “instantly” if police were informed.
He explained that he received a call from the kidnappers four hours before kickoff in the crucial World Cup clash in St Petersburg, and they demanded N10 Million ($28,000 US) for the safe return of his father, Pa Michael Obi.
According to him, he did not tell his bosses at the Nigeria Football Federation, including coach Gernot Rohr, but instead kept it private and even went on to play in the match in other not to let 180 million Nigerians down.
“I was confused. I did not know what to do, but in the end, I knew that I could not let 180 million Nigerians down,” Mikel said.
“I had to shut it out of my head and go and represent my country first. I was told that they would shoot my dad instantly if I reported to the authorities or told anybody.
“And I did not want to discuss it with the coach because I did not want my issue to become a distraction to the coach or the rest of the team on the day of such an important game. So as much as I wanted to discuss it with the coach, I could not do it.”
Meanwhile, Mikel is considering flying his father abroad for further treatment.
Share this...

15-year old teenager confesses, says: 'I made over 500 bombs used for suicide missions by Boko Haram"