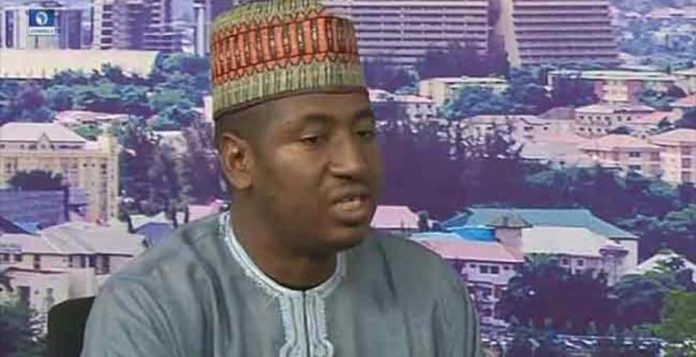 The apex Fulani social-cultural organisation, Miyetti Allah Kautal Hore, has kicked against the calls from the senate president Bukola Saraki and other Nigerians for the sacking of the service chiefs following the inscreasing spate of killings in some parts of the country.
The Secretary-General of the group, Saleh Al-Hassan, made the group’s position known during an interview on Channels TV on Monday. Punch reports that Al-Hassan said anyone that is demanding the sack of the security chiefs is a corrupt politician.

“We have documented 411 innocent pastoralists killed just in southern Kaduna for nothing. We have documented all the crises but because we want peace and want to promote the culture of peace and forgiveness hoping that our neighbours will continue to allow us to do our business. But the issue of arms and light weapons is a security one. I believe they (security agencies) are on top of it. With the arrests they are making, we must acknowledge the efforts security agencies have put in trying to contain criminality in this country. That is why people calling for the removal of service chiefs are either the corrupt politicians or the ones working for them. We should not fall for that gambit.”

Reacting to insinuations that herdsmen from neighboring countries are behinding the killings and so should be barred from grazing their cattle in Nigerian territory, Al-Hassan said ECOWAS free trade protocol guarantees free movement for members of the community.

“You cannot just opt out of a protocol that is integrating the African continent. The pastoralist movement is not for picnics. They go there to access land resources. Also, these boundaries that you have are colonial boundaries. Some of them (boundaries) don’t mean anything to the herders. So, what we need to do is to domesticate the ECOWAS protocol, begin to enforce it and then we create grazing reserves for trans-human pastoralists.”

He said the solution remains ranching which must be partly funded by the government and supported by all Nigerians.
Al-Hassan lamented that every attempt by the Buhari government to establish ranches had been rejected by selfish politicians.

“Policies aimed at solving these problems are strongly resisted. Attempts were made to put up a commission for grazing reserves to see how it can be done but it was shut down at the National Assembly. The minister of agriculture has been trying all his efforts to see that solutions are brought to the table but people read political motive to it and killed the policies. Today, we have a national livestock development plan that is well articulated but the same people saying we should ranch our cows are now saying they will not accept ranches so what are we talking about? So, we must understand the socio-political undercurrents.” he said

He lambasted Governor Samuel Ortom of Benue State for initiating the anti-grazing law, adding that most of the arrests by security agencies showed it was Ortom’s men that were carrying out the killings.
At another event in Abuja, Al-Hassan said

“The calls for the removal of the service chiefs are empty calls. Desperate politicians and politicians facing criminal charges are the ones making that call. N’Assembly laden with corruption. Which legislation has this eighth National Assembly made to ensure that there is peace? Particularly, I refer to this eighth assembly. This Eight Senate is a washout. They are rippled with corruption. Look at the way they mutilated the budget. Nigerians should be marching to the Senate to demand accountability from these legislators.”he said

Juliet Ibrahim completes her hew house in Ghana, shares touching story of how she rose from being a refugee to celebrity