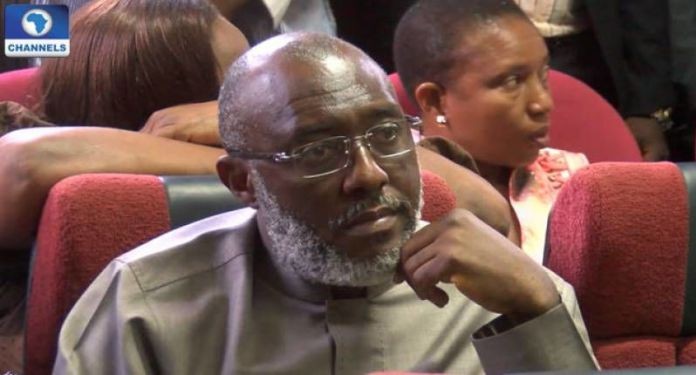 Justice Okon Abang of the Abuja division of the Federal High Court, has demanded the prosecution of three staff of Channels TV over presumed contempt of court proceedings
Justice Abang who is presiding over the case of alleged fraud involving former National Publicity Secretary of the Peoples Democratic Party, Olisa Metuh, today asked the office of the attorney general to institute a case of alleged prejudicial comments against Metuh’s lawyer, Benchux Nwosu.
Recall that Channels TV presenter, Maupe Ogun and General Manager of Channels Television, Abuja, were summoned and appeared before the court on May 25th for granting audience to the counsel to Olisa Metuh, who allegedly made a prejudicial comment while he was being interviewed.
At the court hearing today, Justice Abang listened to the recorded programme aired on Channels Television involving the ongoing trial of Mr Metuh and gave the order for the three Channels staff to be tried.

“The court has listened attentively to the video recording of Channels Television Sunrise Daily of April, 2018. I noticed that Bemchux Nwosu was also on the programme. I heard what he said about the trial going on in this court. If he was in court before me. I would have known what to do. I thought he had the courage. He ought to have appeared before the court. It is clear that the statement of the programme was aired outside the court not within the court therefore I have no jurisdiction to determine whether the statements are prejudicial to this court,” he said