15-year old teenager confesses, says: ‘I made over 500 bombs used for suicide missions by Boko Haram”

15-year old teenager confesses, says:  ‘I made over 500 bombs used for suicide missions by Boko Haram” 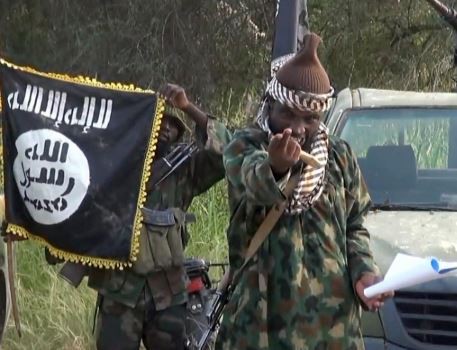 A 15 year-old former Boko Haram bomb maker, Ali Goni has made a chilling confession about how he made over 500 underwear Improvised Explosive Devices(IEDs) used by insurgents for suicide missions on soft targets in the last five years.
Ali Goni was only ten years old and in primary six when he was kidnapped in Bama. The military authorities described the teenager as the most deadly Boko Haram member, who had mastered various techniques that can cause maximum destruction of lives.
Army intelligence sources said the suspect is the most innovative bomb maker to emerge in recent years.
Goni, who is undergoing rehabilitation at a military detention camp in Maiduguri, told NAN recently that he assembled IEDs with fragmented materials and configure them for suicide missions. He said he introduced the use of padlock to IEDs strapped on bombers that can hardly be demobilised or detected by bomb detectors.

“I was kidnapped along with my mother in Bama’s Kawuri Street by Baba Kaka, a dreaded Boko Haram commander. They took us to Sambisa and kept us in a camp called “Kwalfata”. We underwent various training in the camp. During the course of our induction training, I was selected to be trained on bomb making technique, bomb detection as well as identifying and demobilising explosives.
I refused initially, but they said they would kill my mother just like the way they killed my father when they stormed Bama. So I eventually agreed. During the training, many of my colleagues died while trying to make bombs. At the end I emerged the best among all.  My job was to make many bombs that would be used for suicide missions. I was working under the supervision of Baba Musa, a 70 year-old.
Musa also thought me the new technique of making underwear IED with padlock. At some point, I was the only bomb maker when all those I was trained with were killed by the military during several attacks. So they took me from camp to camps to make IEDs for suicide missions.
I was in Kangarwa, Pulka, Banki and other camps. I managed to escape when the military bombed our camp in Baga. I ran to Cameroon where I surrendered to the Cameroonian forces. I was later handed over to the Nigeria military.

Goni hoped to be a soldier in the future to help the military in identifying IEDs. The military did not allow his photographs to be taken because of his age.
Share this...