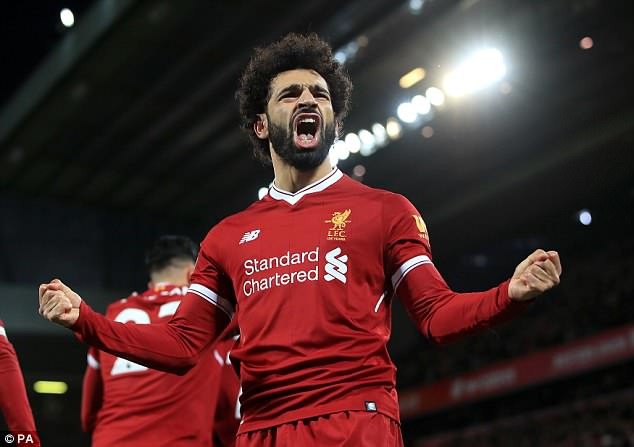 Egyptian superstar, Mohamed Salah, has signed a new long-term contract with British football club, Liverpool.
The 26-year-old, who had initially signed a deal worth around £100,000-per-week when he moved to Anfield from Roma 12 months ago, will now earn at least £200,000-a-week having scored 44 goals in all competitions last season.
Speaking on the new long-term contract, Liverpool boss Jurgen Klopp said: ‘I think this news can be seen for what it is; rewarding a person who performed and contributed greatly for the team and the club last season.
‘It demonstrates two things very clearly also – his belief in Liverpool and our belief in him.
‘We want world-class talent to see they have a home at Anfield where they can fulfil all their professional dreams and ambitions – we are working hard together to achieve this.
‘When someone like Mo Salah commits and says this place is my home now, it speaks very loudly I think.
Salah who was crowned African player of year also scooped  the PFA Players’ Player of the Year, FWA Footballer of the Year, Premier League Golden Boot, Premier League Player of the Season, PFA Team of the Year and Onze d’Argent.
Share this...

An Igbo father approves his daughter's intention of getting married to a Yoruba man.