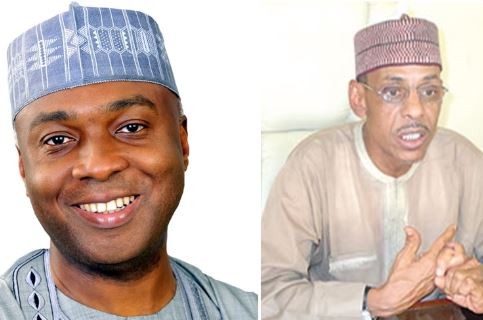 Hakeem Baba-Ahmed, the Chief of Staff to the President of the Senate Bukola Saraki, on Monday dumped the All Progressives Congress (APC).
Ahmed who was appointed by Saraki in 2017, however said that his decision had nothing to do with Saraki, stressing that it was difficult to leave the APC. He said he took the decision after due consultation with members of his Akida faction of APC in Kaduna.
The Akida faction also has Sen. Shehu Sani, as member. Sen. Sani has also threatened to leave the APC. Baba-Ahmed, while addressing journalists in Kaduna today said he has sent a letter of withdrawal from APC to the party chairman. He explained that he was not leaving APC to join another party but because the party had performed poorly.
“This statement is to inform the public of my resignation from APC. I have sent a formal letter to this effect to chairman of my ward. This has been a very difficult decision, to leave a party I helped to form and made my humble contributions to put in power. After three years, however, I need to say that the APC has grossly under-performed and has forfeited any claim to my loyalty and continue membership. I do not believe in all concience, that it should be trusted and encouraged to continue to govern our great country beyond 2019. I am not leaving to join another party. This is my decision and mine alone . It has nothing to do with the president of the senate Abubakar Bukola Saraki. It’s a decision taken after due consultations with Akida Group, a group that has predated my appointment as chief of staff to the President of the Senate. I will remain active in politics, as this is the main avenue for salvaging our nation from rising insecurity, poverty and bitter divisions,” he said.
Baba-Ahmed is a former chairman of the APC in Kaduna as well as a former chairman of the now defunct Congress for Progressives Change (CPC).
Share this...