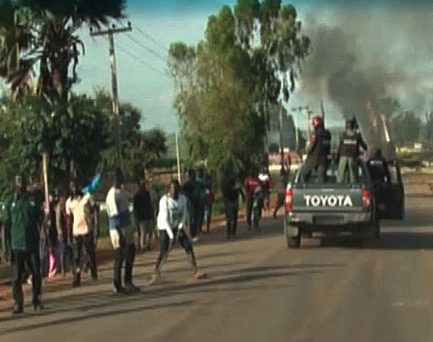 The Plateau state command says the death toll in the Plateau massacre that happened over the weekend, has risen to 100. On Sunday June 25th, the command had put the death toll at 86 but this has been disputed by residents of the state who put the figure at over 200, comprising mainly of women and children.
Suspected herdsmen attacked 11 communities in the state over their 300 missing cows.
The Commissioner of Police in Plateau state,Undie Adie, gave the update during an interview with Channels TV.
Many of the victims have been given mass burials.
President Buhari was in the state yesterday to condole with the people as well as assure them that the Federal government will do everything it can to stop the spate of killings in the state.
Share this...