Worldcup2018: Lionel Messi fails to inspire Argentina in their first match, messes up with a penalty, settles for 1:1 against Iceland

Worldcup2018: Lionel Messi fails  to inspire Argentina in their first match,  messes up with a penalty, settles for 1:1 against Iceland Superstar footballer, Lionel Messi fell below expectations as he failed to inspire Argentinato their first win against Iceland at the Spartak Stadium in Moscow today.
The Argentine captain and five-time Ballon d’Or winner could not convert a spot kick to give his nation a 2- 1 lead as Iceland goalkeeper, Hannes Halldorsson guessed correctly and dived to his right for the ball. 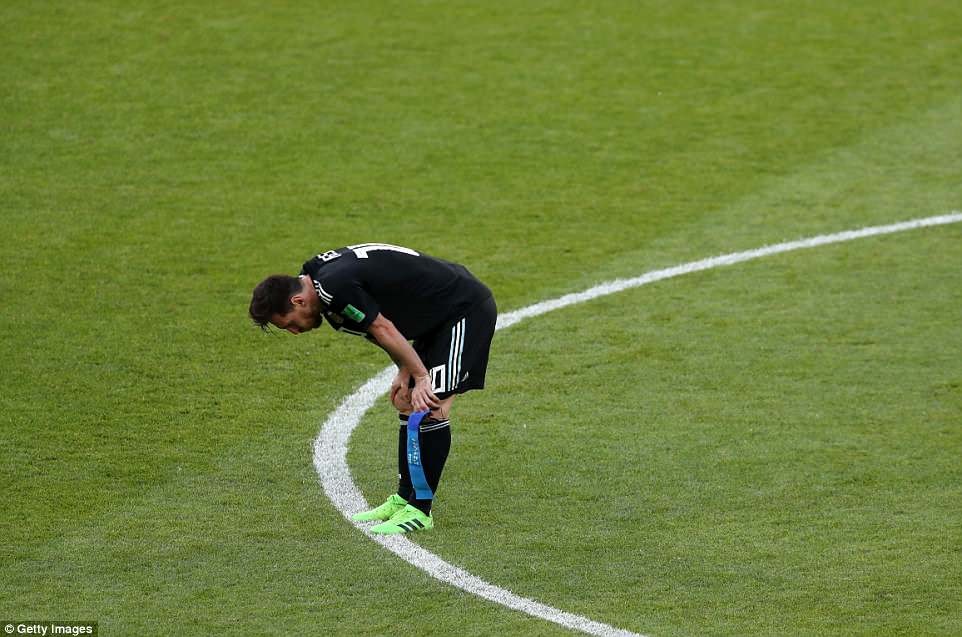 Messi who had scored 64 goals in 124 games for Argentina before today’s match also missed several chances after his penalty miss.
In the game, Argentina had a total of 27 shots to Iceland’s eight, with Messi alone attempting 11, but still could not find a way through.
Both Argentina and Iceland have 1 point each after their 1 – 1 draw. They will face Croatiaand Nigeria respectively in their next games. 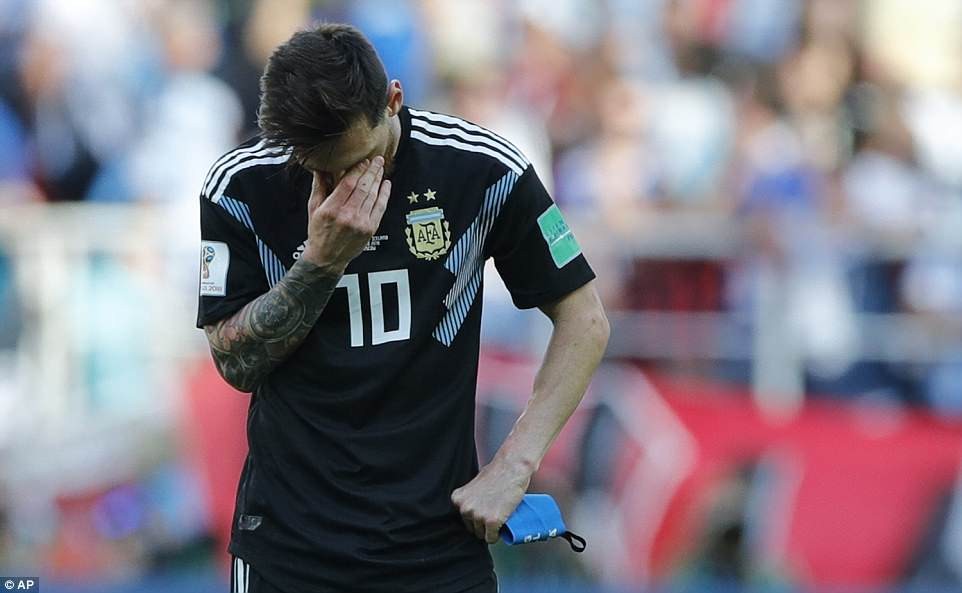 Wizkid makes his way into the Fashion/model industry, walks the runway with Noami Campbell (see video)

Read: how Nigeria can win the world up by Atiku Abubakar.