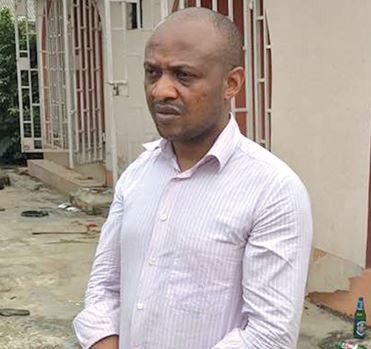 Olukoya Ogungbeje, the lead counsel to alleged kidnap kingpin, Chukwudumeme Onwuamadike a.k.a. Evans has withdrawn from the case which is currently before the Lagos State High Court.
Ogungbeje, in a press statement, said his withdrawal was based on “personal reasons.” According to him, his life and that of his co-defence lawyer have been repeatedly threatened.
His statement partly reads, “for the avoidance of doubt, we wish to state categorically that we have fought a good fight this far despite repeated and sustained threats to my life and my co-defence lawyers, I dare say we have no regrets whatsoever having conducted the criminal charges involving our client this far. For the sake of history we have been able to enrich the basic principles of our Criminal Jurisprudence especially the principle premised on an accused person being presumed innocent until the contrary is proved no matter the public opinion and the criticism. We have been able to keep the prosecution on their toes in the art of Forensic, proper and thorough investigation and prosecution of accused persons.”
Share this...