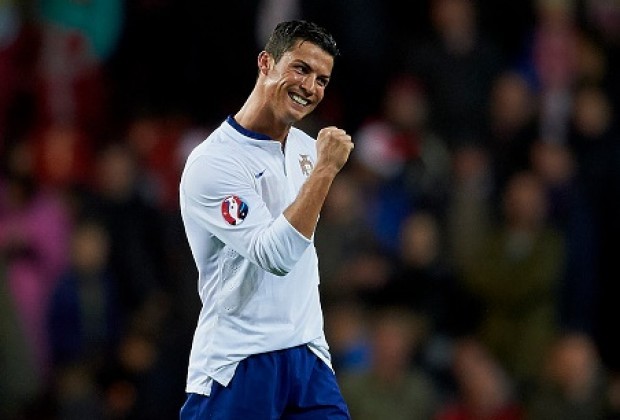 Real Madrid and Portugal striker, Cristiano Ronaldo is not only one of the greatest footballers of all time but he’s also one of the richest sportsmen in the World.
According to an article on Time Magazine, the 33-year-old soccer star, who is a forward on Spain’s Real Madrid team and also plays for Portugal’s national team, has a massive net worth of around $400 million.
He was considered the highest-paid athlete in the world for the last two years until American boxer Floyd Mayweather dethroned him this year.
Ronaldo who also falls behind his football rival Lionel Messi, is now the third-highest paid athlete thanks to his $61 million salary and bonuses as well as the $47 million he earns in endorsements, according to Forbes.
The Portuguese star who’s one of the most popular figures in the world has more than 322 million social media followers, with 129 million followers on Instagram, 122 million on Facebook and almost 74 million followers on Twitter.
Share this...

#WorldCup2018: Nigeria's Super Eagles are the youngest squad in Russia