Tonto Dikeh stands in as her son’s father, plays football with other fathers during Father’s Day football match at son’s school

Tonto Dikeh stands in as her son’s father, plays football with other fathers during Father’s Day football match at son’s school 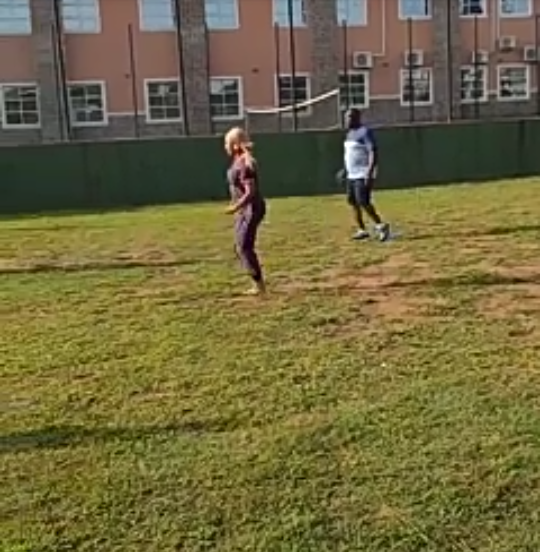 Actress Tonto Dikeh has shared a video of herself playing football in a match meant for only fathers at her son’s school.
Ever since her marriage with Churchill ended, Tonto likes to stand is as both her son’s father and mother. She once dressed as a man, with beards and all, for her son’s school Father’s Day celebration. Now, she’s at it again for another Father’s Day event. 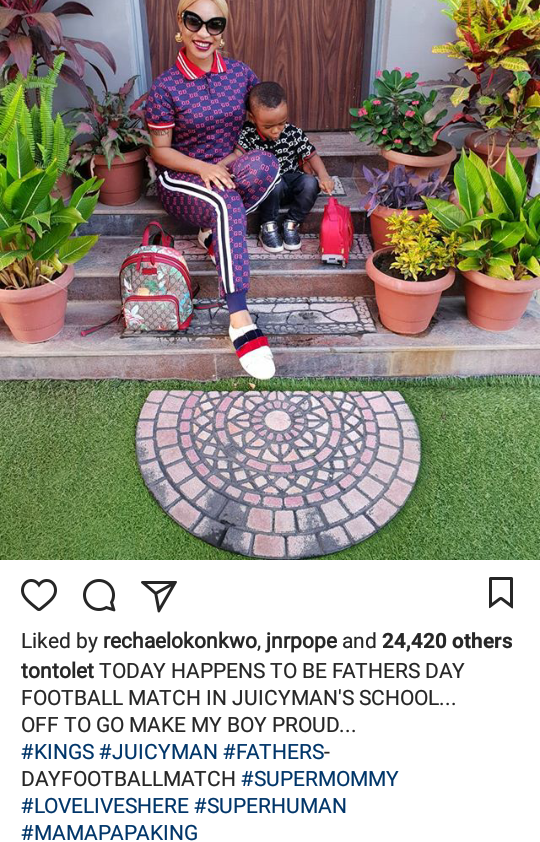 The mother-of-one is seen in the video tackling other men for the ball, and, surprisingly, she looks to be holding her own quite well during the Father’s Day football match.
She captioned the video: “Playing alongside other Fathers*** #KINGTONTO #SUPERHUMAN” 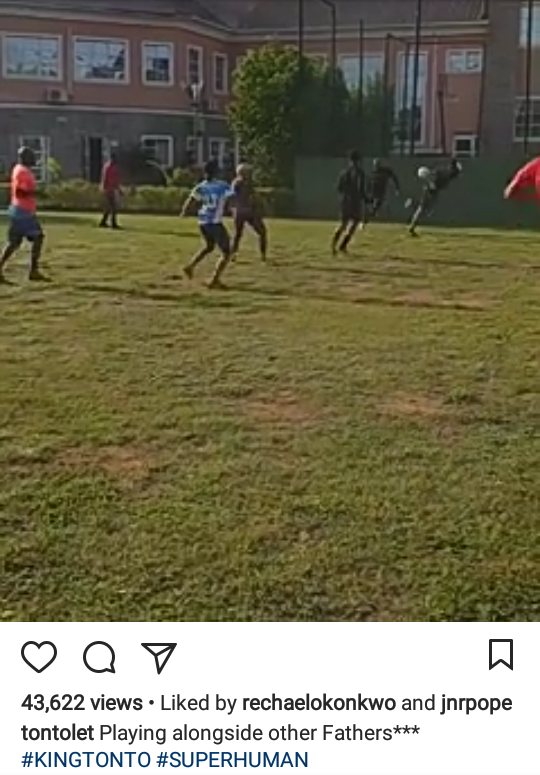