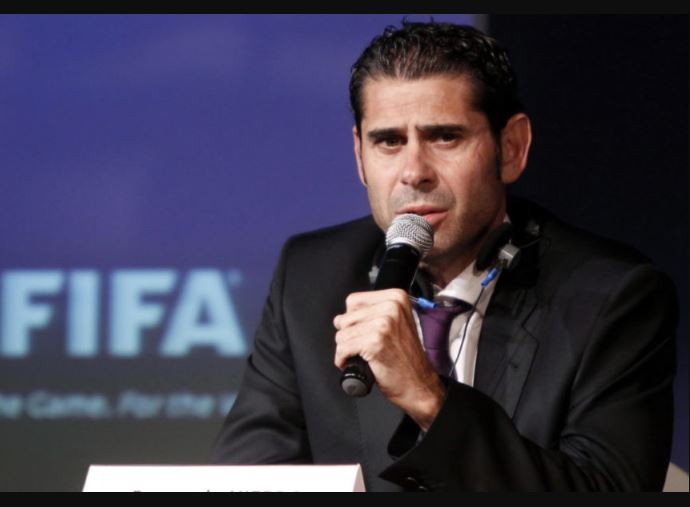 The Spanish Football Federation has appointed Fernando Hierro as their new head coach for the 2018 World Cup tournament in Russia shortly after the sacking of Julen Lopetegui this morning.
Fernando, a former Real Madrid captain and assistant manager who was sporting director for the Spanish FA will now take Lopetegui’s position and will then hold his first training session on Thursday ahead of Friday’s opening clash against Portugal.
Lopetegui was dismissed on Wednesday by Spanish football chiefs who were left furious after Real Madrid announced him as their next coach despite committing his future to Spain’s national team by signing a deal until 2020.
“We have been forced to dispense with the national coach. We wish you the greatest of luck. The negotiation has occurred without any information to the RFEF. Just five minutes before the press release. There’s a way to act that needs to be fulfilled” said in a statement by Luis Rubiales, the president of Spanish Football Federation (SFF).
Fernando Hierro who played 584 games for Real Madrid made 89 international appearances for Spain and netted 29 times. He also captained Spain in the 1994 World Cup.
Share this...

Court sentence 5 to death by hanging over murder of herdsman