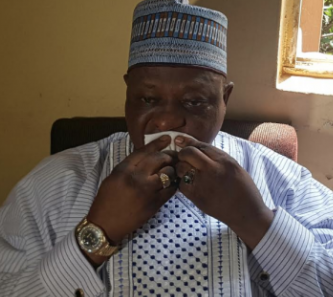 “Appeals to your judgement do not succeed, we will fall on your mercy. The prisons are congested. They misled the governor, it is the bank, they said he didn’t have to present anything.” he said

Counsel to EFCC, Rotimi Jacobs, said Dariye did not deserve a light sentence because he “didn’t show remorse” and that a strong sentence would serve as a deterrence to those holding public offices.

“He is not remorseful, his case should serve as a deterrence,” Jacobs said.

At this point, Dariye said he wanted to speak.

“Have mercy, you are a Christian, your name is Jacob,” he said.

Justice Banjoko afterwards sentenced him to 14 years in jail without an option of fine. Dariye wept as she delivered her judgement.
Share this...