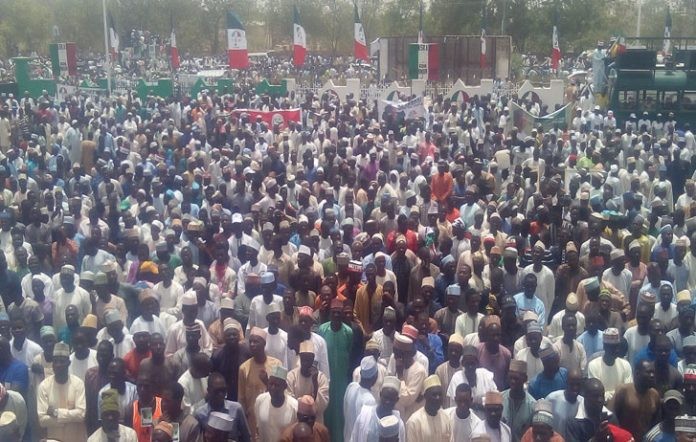 Total number of  5,558 All Progressives Congress members defected to the PDP in the 23 local government areas in Kaduna state yesterday May 7th. The defectors were received by the PDP leadership at Zonkwa, Zangon Kataf Local Government Area.
Former PDP National Caretaker Committee Chairman, Ahmed Makarfi who received them, welcomed them, adding that gradually the former ruling party was positioning itself to regain it’s lost glory.
“God-willing, the prayers of the masses is heard and will be answered,” he said.
He urged the people in the state to turnout enmass  on May 12th and vote PDP candidates in the state local council elections.
Share this...