Dino Melaye has been arrested at Nnamdi Azikiwe Airport

Dino Melaye has been arrested a Nnamdi Azikiwe Airport 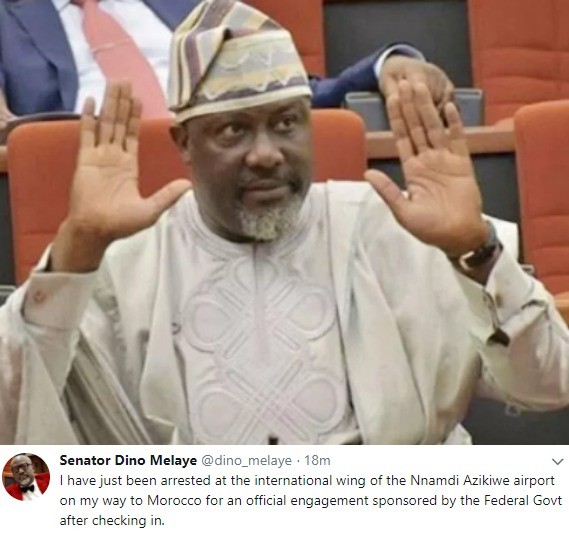 Dino Melaye just announced via his twitter handle that he has been arrested. He wrote

”I have just been arrested at the international wing of the Nnamdi Azikiwe airport on my way to Morocco for an official engagement sponsored by the Federal Govt after checking in”.

Recall he was declared wanted by the Kogi state police command for allegedly sponsoring a criminal group that terrorises Kogi state, something he has vehemently denied.
Share this...

See Photos from the naming ceremony of comedian, Akpororo

Dino Melaye narrates how he was arrested