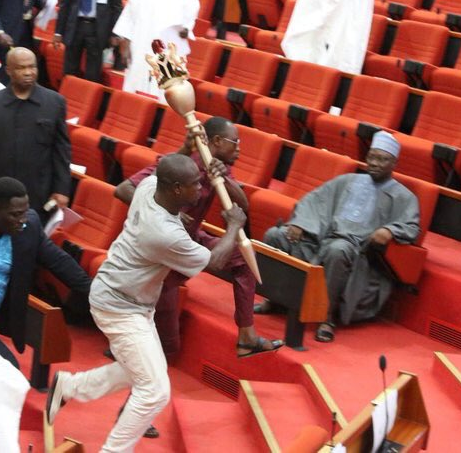 There was commotion yesterday in the Senate Chambers as thugs invaded the chambers and made away with the mace of the Nigerian Senate.
In the midst of the furore, one particular senator sat motionless and observed the crisis going on around him as everyone else seemed to be losing their minds. The mace thieves even carried the mace and passed by him as they escaped with it but he remained calm. 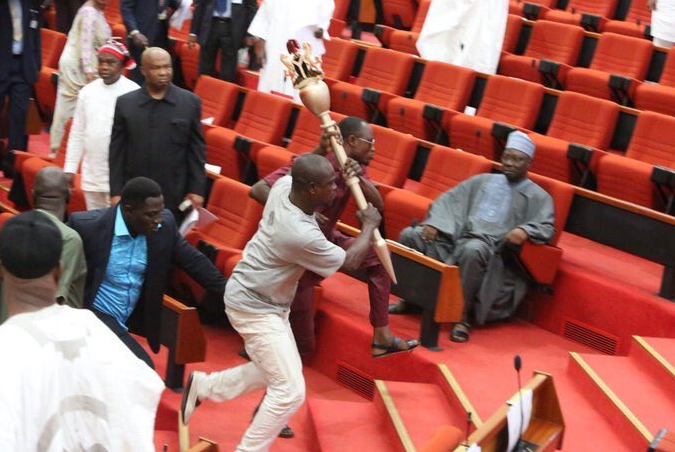 He has now gone viral on Twitter as the epitome of calm in the midst of a storm. 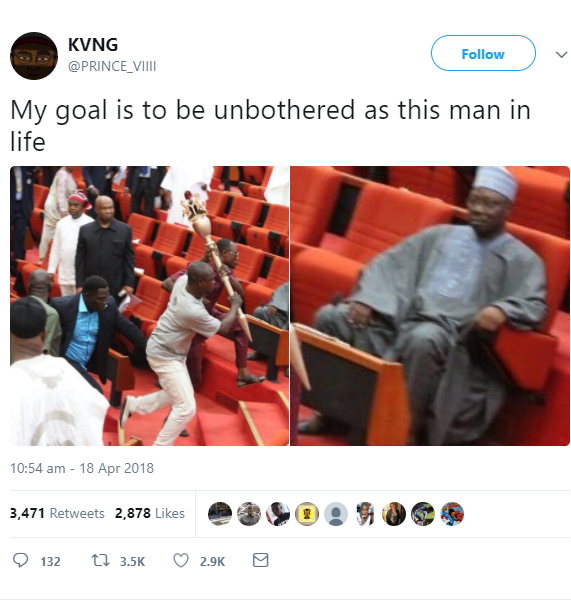 Dabota Lawson makes a case for Cee C after she verbally abused Tobi, says "any woman has the ability to behave like Cee C "