Dabota Lawson makes a case for Cee C after she verbally abused Tobi, says “any woman has the ability to behave like Cee C “

Dabota Lawson makes a case for Cee C after she verbally abused Tobi, says “any woman has the ability to behave like Cee C “ 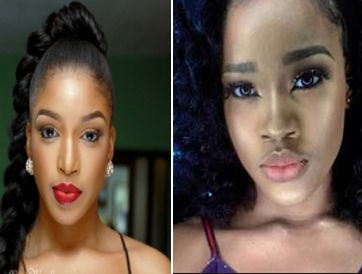 Former beauty queen Dabota Lawson has come to Cee C’s defense after the Big Brother Naija housemate verbally abused fellow housemate, Tobi, yesterday.
Dabota says Cee C’s action comes from a place of love and hurt and that Tobi seems to be turned on by Cee C’s toxic behavior. She also added that Cee C isn’t the only woman guilty of such behaviour, that women generally have the ability to behave like CeeC depending on the kind of man she’s with.
The mother-of-one wrote on Instagram:

#CeeC and #Tobi . she reminds me of Helga from Hey Arnold . Some how I think this is a turn on for Tobi …??? I also think she likes him too much , because everything he does gets to her so bad, she wants to pull her hair out .
Any woman has the ability to behave like CeeC depending on the kind of man you’re with . Maybe what she was trying to say whilst putting up a brave front is “ TOBI WHY ARE YOU HURTING ME , CANT YOU SEE I REALLY LIKE YOU , WHY ARE YOU ALWAYS TRYING TO MAKE ME LOOK STUPID IN FRONT OF OTHER WOMEN AND THE WHOLE WORLD. IF YOU REALLY CARE ABOUT ME ITS BEEN 11 WEEKS AND YOU JUST CANT ACT RIGHT .”
Many are quick to judge but we can’t deny that at some point you haven’t felt like knocking a man that you really love because you feel he is blind to how you really feel and he is playing with your emotions .
This environment ( big brother house ) is not the best for CeeC considering the fact that she’s the kind of woman that wears her heart on her sleeves. Pride is also playing a huge role in her behavior ( she doesn’t want to look weak ) . She also feels Alex is beneath her ( which is wrong) hence she can’t wrap her head around why Tobi feels anything for her . Also bare in mind that before Leo left the house Tobi also shamed and humiliated her too .
They are not bad people. Just Toxic for each other

PDP accuses APC, Presidency of being behind NASS Invasion