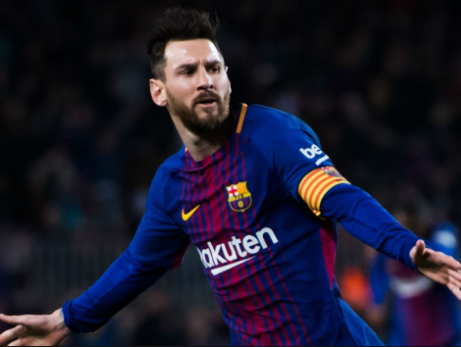 Barcelona have become the first team in LaLiga history to go 39 consecutive matches without defeat, surpassing Real Sociedad’s record. Barcelona broke the LaLiga’s all-time record of consecutive matches unbeaten with a 2-1 win over Valencia today.
Goals from Luis Suarez and Samuel Umtiti secured the victory and made it 39 matches without defeat for Ernesto Valverde‘s men in Spain’s top flight.
The victory takes them one beyond the previous record set by Real
Sociedad in May 1980, with their run starting 13 months earlier.  The
result temporarily moves the Catalans 14 points clear of Atletico Madrid at the top of the table, with only six matches left to play.
They need just seven more points to win the title back from holders Real Madrid.
Share this...

Woman sues Steve Harvey for $2m, says she felt sexually harrassed during appearance on his show