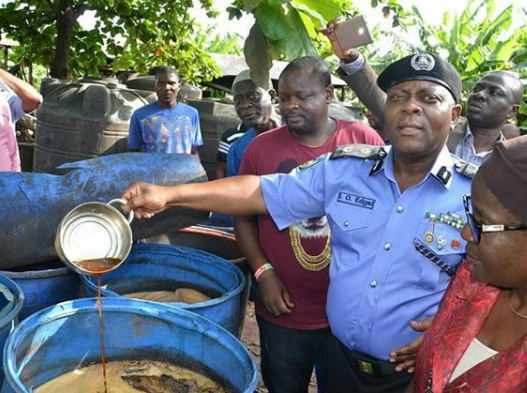 Five suspects operating an illegal brewery in the Ikorodu area of Lagos have been arrested by the State Police Command. The illegal brewery was discovered to be producing fake malt and stout beverages.
Police say they discovered that the illegal brewery produced malt drinks, stout and ethanol, which the suspects pump into trucks to bottle at another location.
Police commissioner in the state, Edgal Imohimi, said the suspects would be further interrogated to know where the drinks are bottled and sold.
A similar discovery was made about a week ago in Mushin, where a man was arrested for producing fake wine and gin
Share this...

#BBN housemates, Miracle and Nina resolve their issues, sleep on each other

I want people to start fighting for marriages, that why i did "Divorce not Allowed" - Mike Ezuruonye says