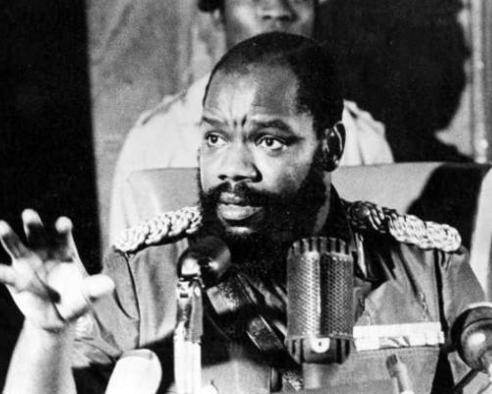 Anambra State has announced that a bunker used by pro-Biafran secessionist leader Chukwuemeka Ojukwu during the civil war in the 1960s will be turned into a tourist site.
Caves and a waterfalls in the state would also be turned into major tourist sites.
“These tourist centres will receive immediate attention with the construction of access roads to them as well as concrete footpaths that will lead into the bowels of the caves to make them easily accessible,” a spokesman for state governor Willie Obiano said.
The move is seen as an attempt to boost employment and income in a region where there is much poverty.
Late Ojukwu declared the formation of the breakaway state of Biafra in 1967, triggering a civil war in which more than one million people died. He remains popular among many people in the south-east, who complain of economic and political marginalisation.
Share this...

Photos from Lai Mohammed's visit to the Lagos house today