Do you know? Dwayne Johnson’s character (Davis Okoye) was adopted by a Nigerian Family in Rampage Movie?

Do you know? Dwayne Johnson’s character (Davis Okoye) was adopted by a Nigerian Family in Rampage Movie? 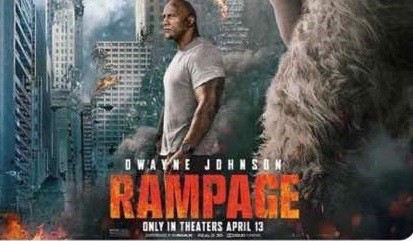 Dwayne Johnson (aka The Rock) in response to twitter influencer Wale Adetona, has confirmed that 2018 is indeed the year of Nigerians in Hollywood.
The star of the Rampage movie also went on to highlight that his character in the movie was adopted by a Nigerian family hence the name Davis Okoye.
The Rock stated that he wanted his last name to pay homage to NFL football player ‘Christian Okoye’. See conversation in the image below. 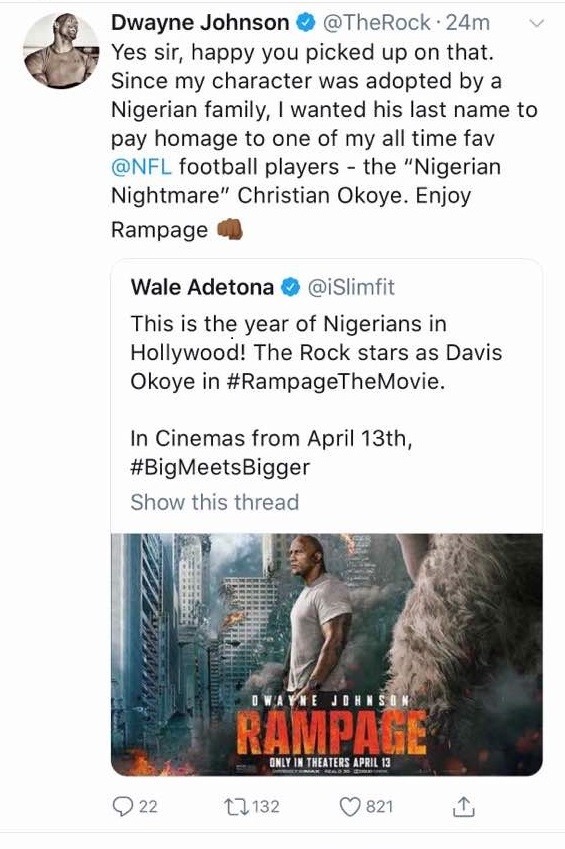