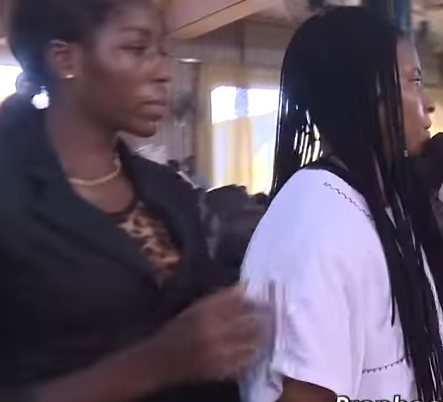 This is a video of Pastor TB Joshua beating out the spirit of lesbianism from two Nigerian lesbian women has gone viral, especially on foreign news sites.
In the video, the popular televangelist is seen speaking to a woman later identified as Mary Okoye. He told her there was a spirit of a woman operating in her. He then brought out her lesbian partner and beat them both to get rid of the spirit.
One week later, both women returned to the church to give the testimony of how they’ve been delivered from the spirit of lesbianism.
According to Mary Okoye who came with her mother and sisters, she grew up a tomboy and only had affections for women, until the week before when TB Joshua laid hands on them and her sexual orientation changed automatically. 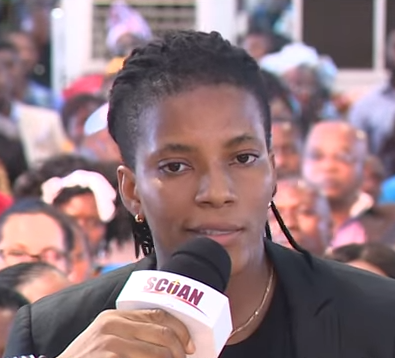 She said: “I only have affections for women like me. I’ve never had any encounter whatsoever with a man all my life.
“That was my then partner but now I don’t see myself having any sort of affection whatsoever towards her. I see her as my fellow girl and I see her as my sister.
“Since last Sunday (the day she was delivered) I have come in touch with my feminine side… I now have affection for men. If a guy walks by, I’ll be like… OK, he’s handsome. And I pray one day, I’ll get married to a guy like that.”
Watch the video below.
Share this...