Senate President, Bukola Saraki appoints former Senator who was sacked by the courts as his personal aide

Senate President, Bukola Saraki appoints former Senator who was sacked by the courts as his personal aide 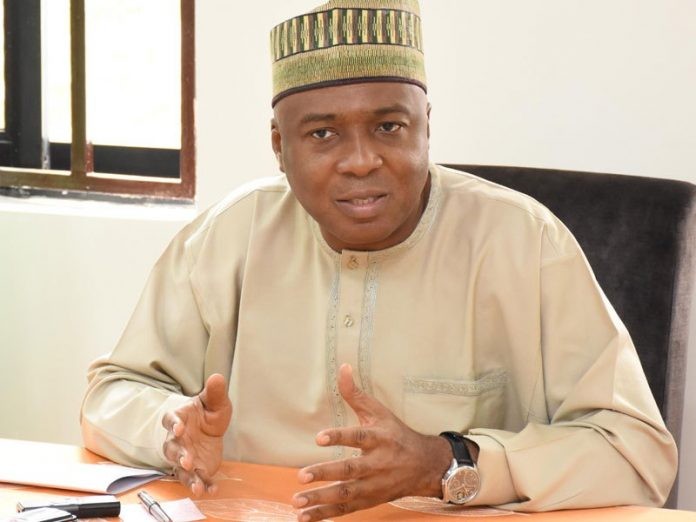 Senate President, Bukola Saraki, has appointed ex-senator Abubakar
Danladi as his Special Adviser on Special Duties. The appointment which
takes immediate effect, was announced through a statement by the Special
Adviser, Media and Publicity to the Senate President, Yusuph Olaniyonu,
on Sunday.
53 year old Danladi was sacked by the Supreme Court as senator representing Taraba North in 2017.

In a unanimous judgment, the court nullified Mr. Danladi’s election
and declared his challenger, Shuaibu Lau, the winner of the 2014 primary
election of the Peoples Democratic Party (PDP) in the Taraba North
Senatorial District. The court also asked Mr. Lau to return all the
salaries and allowances he received as senator. There is no evidence he
ever did that.