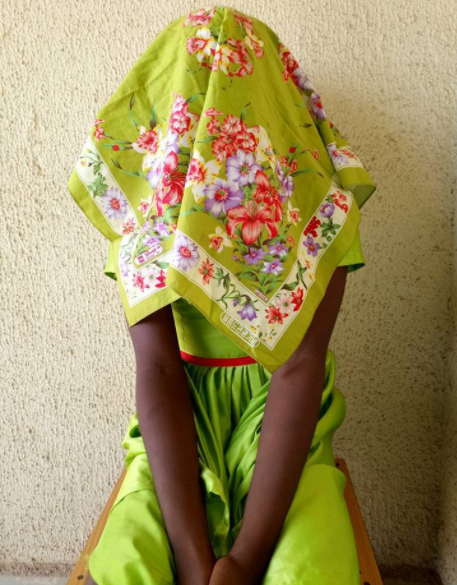 A married Federal Road Safety officer is being accused of consistently raping a 9-year-old girl in Benue state.
The man, who is also a father himself, is alleged to have started
raping the girl when she was 8. He was finally exposed after a groundnut
hawker caught him in the act and threatened to expose him. 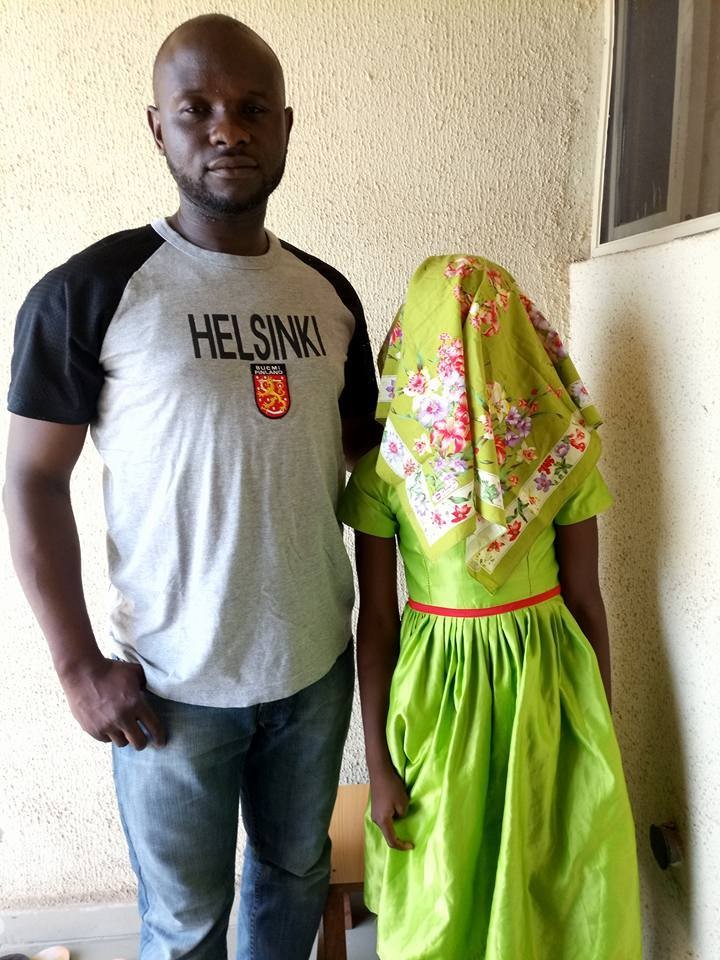 The incident was narrated by Ukan Kurugh:
At the threat from the eyewitness, the FRSC officer allegedly began
to beg her not to say anything. This caught the attention of neighbors
who wanted to know what he was asking her to keep a secret. When the
groundnut seller eventually opened up, the FRSC officer allegedly denied
it but neighbours said it was suspicious that he was begging the girl.
If indeed he wasn’t guilty, then he would have had no reason to beg the
girl, they said.
The case was reported to the victim’s father and he took her to the
hospital for tests where it was found that she has been violated. At
this point, the suspect began bringing people to beg the victim’s father
on his behalf.
The suspect was eventually arrested but later released on bail and at
the moment nothing is being done to investigate further and ensure that
justice is served.” 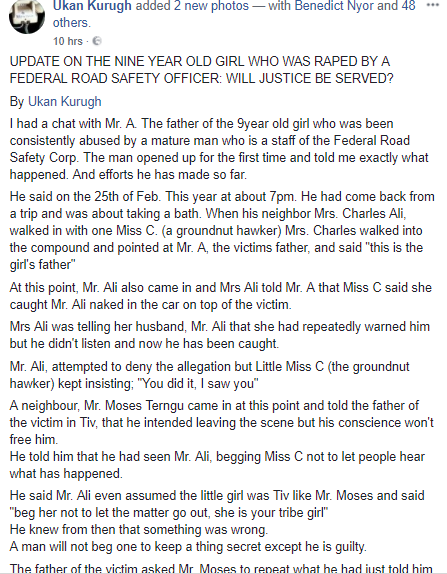 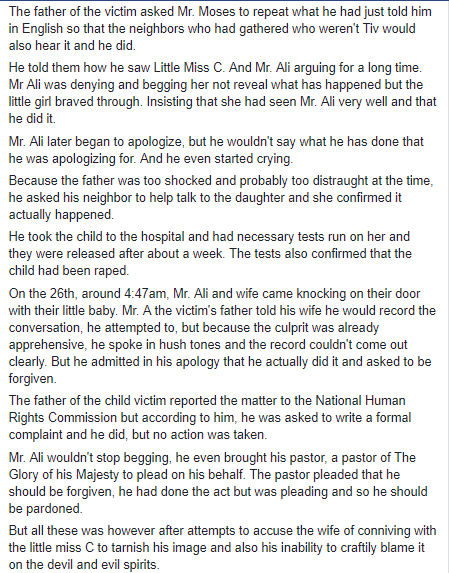 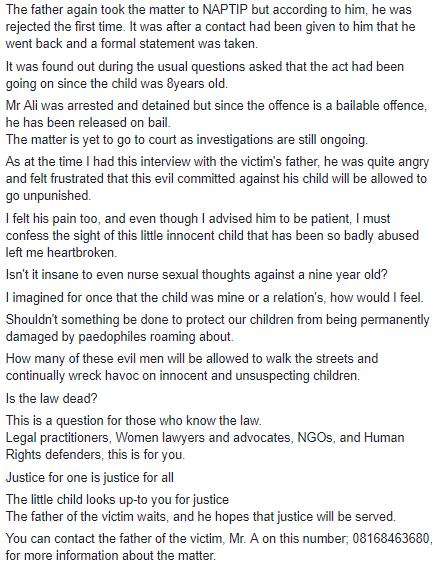 #Dapchigirls: ''Anyone who makes political fortune from abduction will be dealt with'' President Buhari warns

Annie Idibia surprises her husband, 2face, with a trip to Ghana for their wedding anniversary