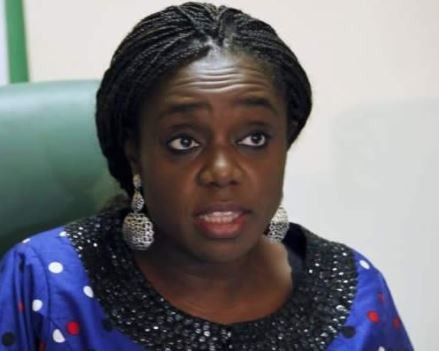 There are 708,666 workers on the integrated payroll of the Federal Government, according to figures given by the Ministry of Finance.
The figure excludes workers in the judiciary and the National Assembly and also the armed forces but it includes, 316,158 workers in 469 ministries and agencies of government, 291,685 workers in 42 police commands and another 100, 822 workers in the para-military agencies, such as Nigeria Immigration Service, Nigeria Prison Service and Nigeria Security and Civil Defence Corps.
Oluyinka Akintunde, Special Adviser on Media and Communication, to Finance Minister, Kemi Adeosun, gave the figures on Wednesday in Abuja. Akintunde gave the figures while highlighting the savings the Federal Government has made since it introduced the integrated payroll and personnel information system(IPPIS).
He said the Federal Government saved N68 billion on personnel cost in 2017.According to him, this brings the aggregate savings by the government on personnel cost to N288 billion. Akintunde said the minister disclosed the figures in a presentation to the Federal Executive Council.  At the presentation, Adeosun said the savings are now being used to fund capital projects.
She said the savings were achieved despite increase in personnel, including the employment of 10,000 officers by the Nigerian Police. Adeosun said that the introduction of the IPPIS had resulted in the reduction of ghost workers syndrome, enforcement of compliance with due process on employment of staff in MDAs.
The minister further said that IPPIS had ensured prompt and timely payment of salaries and remittances of federal government workers. She said the IPPIS had also become an assured source of internally generated revenue through Payee to states and federal governments.
Adeosun, however, called for adequate funding of the IPPIS project to achieve its lofty objectives and to enable replacement of the obsolete infrastructure.  She also canvassed for a legislation to impose sanctions on non-compliant MDAs to achieve speedy and successful service delivery.
Share this...