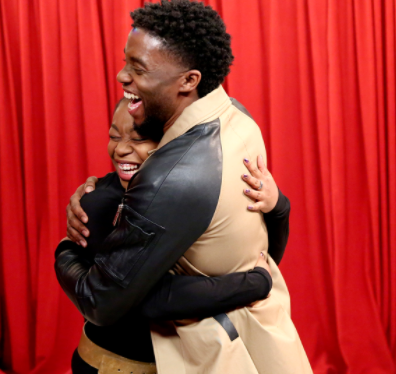 On Wednesday night’s “Tonight Show Starring Jimmy Fallon,” some Black Panther fans were called one by one into a room to say what Black Panther means to them. In the room was a large photo of Chadwick Boseman and the fans were asked to say something to him. Unknown to them, he was behind the curtains listening with Jimmy Fallon and when they were done saying what they had to say, he made his presence known. 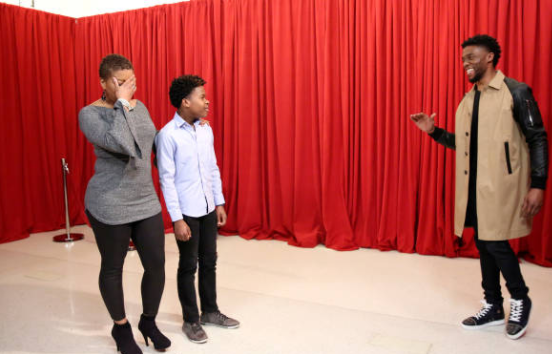 The expressions on the face of each fan as Chadwick reveals himself is priceless. Some were so shocked they almost ran out of the room. One male fan greeted the Black Panther star with the Wakanda salute of crossed arms over his chest and said, “My king! My king!”. One female fan also did the Wakanda Salute while saying, “Wakanda Forever” and Chadwick replied with his thick Wakanda accent. 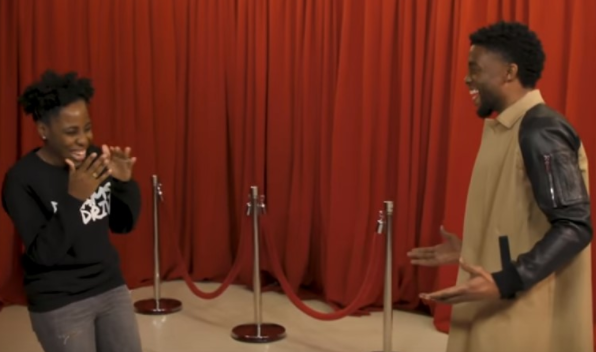 One particularly funny fan jokingly thanked Chadwick for wearing the Black Panther suit for most of the movie, because, according to him, “when your chest was out, [my girlfriend] was getting a little excited, and I felt insecure, so thank you for that.” 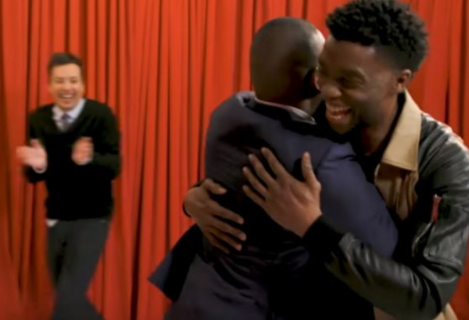 Only Igbo people will understand this tweet about Big brother Naija