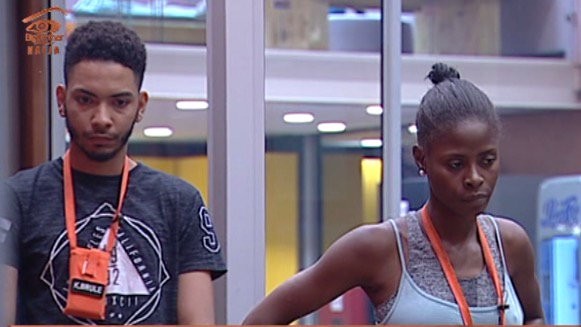 Big Brorher evicted both K-Brule and Khloe. They were issued a strike following their disagreement last night. K-Brule during an argument tried to attack Dee One but was held back by Angel and Lolu . Big Brother found this unacceptable and issued him a strike making it three strikes. Khloe was disqualified for comments she made to Kbrule, calling his mother a how. Kbrule and Khloe already had two strikes and today’s own made it three strikes. This amounted to an automatic disqualification. Last week, Kbrule threatened to commit suicide.
Big Brother also issued a strike to Dee-One for provocation.
Share this...