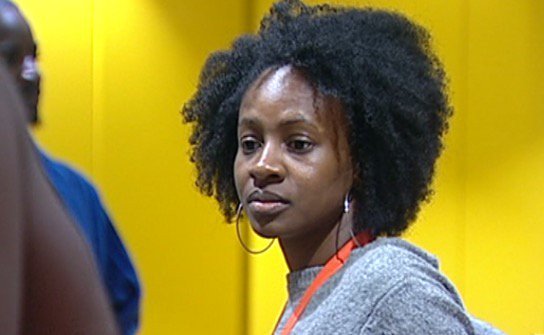 BBNaija 2018 housemate, Anto was quite honest while having a conversation with KBrule after he refused to kiss her during the Truth or Dare game last night.
Viewers of the show are quite aware that KBrule has developed an intense crush on Anto. After his refusal to kiss her when dared to, he explained during a conversation later on that he wanted to avoid developing more feelings since she wasn’t interested, and the kiss was just going to make it all worse.
Anto then made it clear again to him that she knows it’s all a game and she’s a grown ass woman. Watch below.

Spending 24hrs on a queue to get your #PVC is more important than watching #BBN all day, there’s no future in #BBN2018'' Gombe Gov tells Nigerians