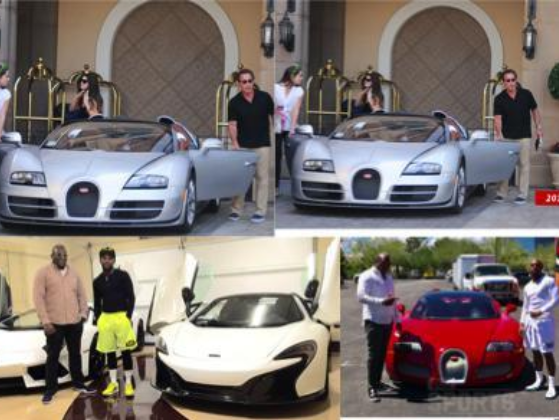 According to TMZ, Arnold Schwarzenegger has sold his Bugatti Veyron for $2.5 million. The action movie star and former governor of California only had about 1,000 miles on the 2015 Bugatti, which can go from zero to 60 in 2.5 seconds.
Schwarzenegger, 70, reportedly sold the car to California luxury auto dealer Obi Okeke, who plans on eventually reselling it. The founder of Fusion Luxury Motors in North Los Angeles, according to the Business Insider, Okeke is best known for being the “go-to” luxury auto dealer for boxing superstar Floyd Mayweather.

“When you’re in the business for as long as I’ve been, you meet a lot of people. When I came here, people knew about me. I’ve been very fortunate to build a deep client database for finding cars” Okeke said to the Business Insider in 2015.

Mayweather had purchased at least 40 cars from Okeke, including Koenigsegg CCXR Triveta from Okeke for $4.8 million, the Business Insider said in 2015. Cameras reportedly caught Schwarzenegger strolling down the street in Los Angeles on Monday after the car deal went down, according to London’s Daily Mail.

Hello Ladies! Which of these BBnaija male contestants would you crush on?