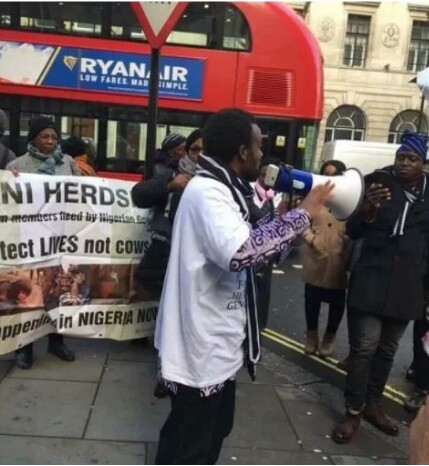 Today, Nigerians in the United Kingdom staged a protest against killings by Fulani herdsmen in some parts of the country.
The march which took place in London, was organised by the Mutual Union of Tiv People in the UK. The protesters began at the Nigerian High Commission and later to 10, Downing Street. 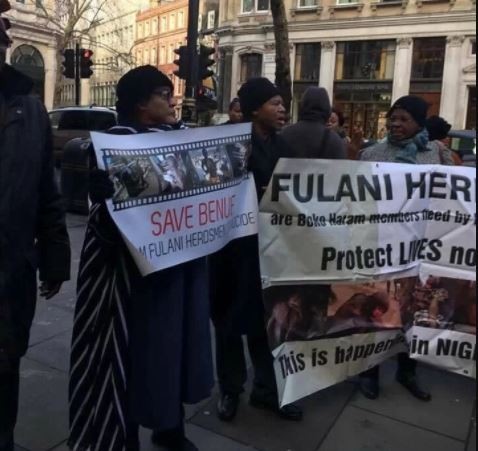 2face meets with Benue state Governor in solidarity and commiseration over attacks and killings in the state.

#BBN2018 contestant, Miracle reacts to reports that he is married after Nigerians dug out photos of him rocking a wedding band