Prince Isaka, a Member of PDP New Media team in Benue State claims he was attacked by police officers on his sick bed

Prince Isaka, a Member of PDP New Media team in Benue State claims he was attacked by police officers on his sick bed 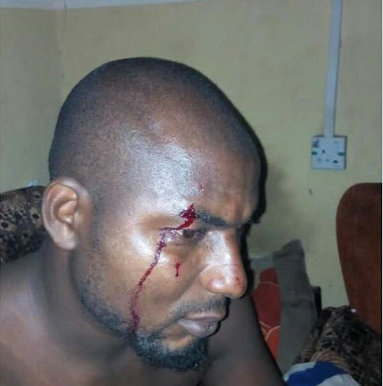 Prince Isaka, a consultant with New Media team of the People’s Democratic Party (PDP)  in Venue State claimed that men of the Nigeria Police Force attacked him on New Year Day. His post below:

MY NEW YEAR GIFT.
Since 26th of December yesterday was the first day I stepped out of my room, I have been down with typhoid, I came back and straight to sleep, at about 1:30am I observe some movement outside my house I opened my door and came out, behold the police, I kept mute, the policeman now called the others who parked some distance away from my house, they joined him, at that point they said they want to search my house and I say why, they insisted and forced their way into my parlour injuring me in the process, when neighbours came out they stopped and left.
All my efforts to know the reason for their visit prove abortive. 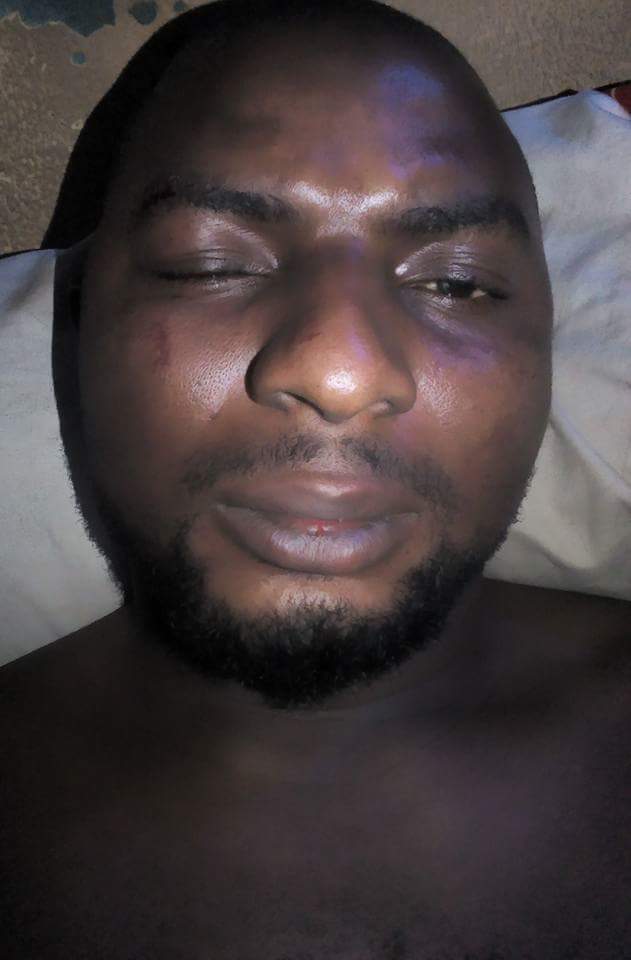 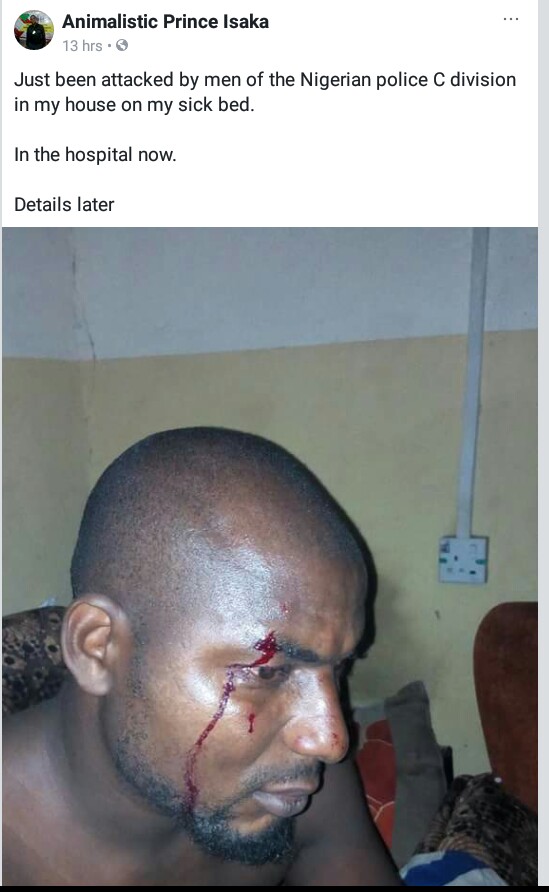 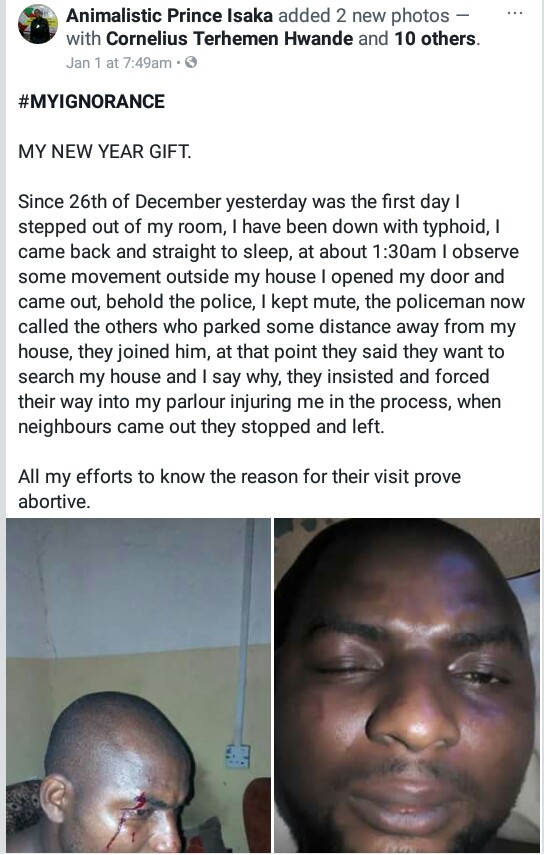 Pastor Tunde Bakare, says: " God has asked him to run for President but the time has not been revealed" (video)