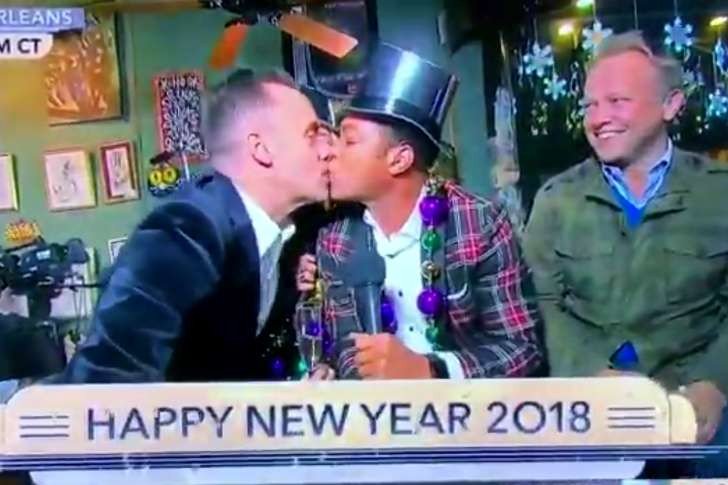 On New Year’s eve 2016, CNN anchor Don Lemon memorably rang in 2017 live on air in a New Orleans bar alongside fellow anchor Brooke Baldwin, but he did it while he was a little drunk.

After midnight — and after throwing back a few cocktails — Lemon got candid about his hopes for the coming year. He said:

“I need a little bit more balance in work/life,” he said. “I may be open to a relationship this year.”

The following day, he apologized for the embarrassment he brought on himself and fellow anchor Brooke Baldwin.

One year later, on New Year’s eve 2017, 51-year-old Don Lemon who now has a boyfriend, Tim Malone, invited his boyfriend on air and publicly kissed him on LIVE TV. He kissed his boiyfriend and said:CNN anchor Don Lemon kisses boyfriend Live on CNN to ring in the New Year

“I found love,” Lemon told Baldwin before breaking into an impromptu ditty as the pair once again rang in the New Year in the Big Easy.

Lemon said his now-boyfriend was in the bar last New Year’s, where Baldwin met him for the first time. But when social media took that to mean that they met at the bar last year, Lemon took to Twitter to set the record straight.

Watch the video of the kiss below:

See photos: Adesua Etomi and BankyW step out in style