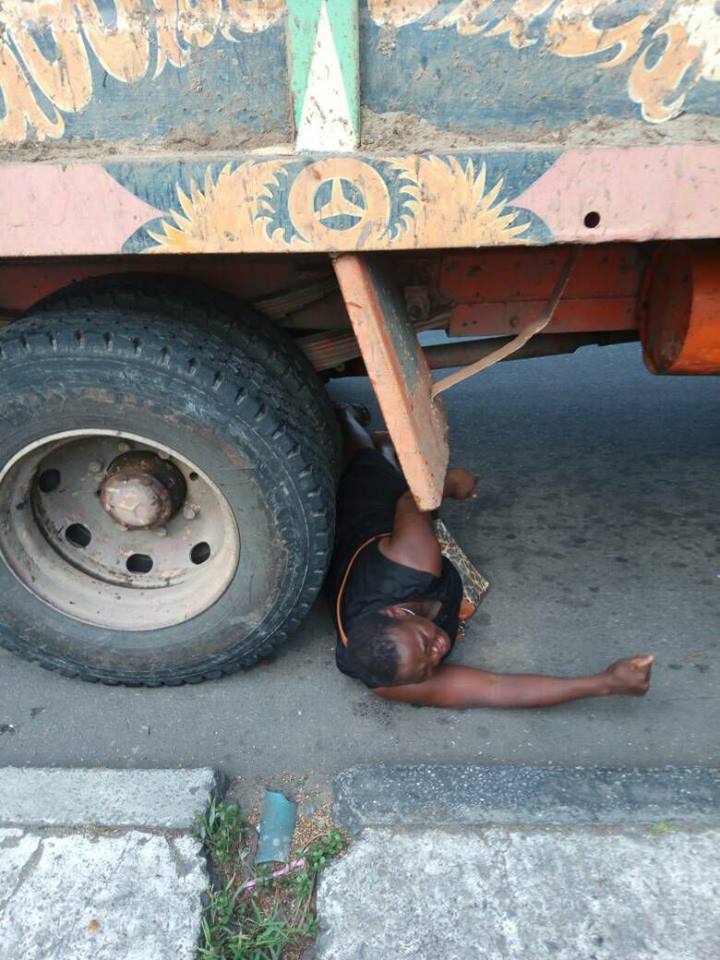 According to journalist, George Odok, a woman in Calabar begged a trailer driver to crush her  to death after her goods were seized by government officials.
Narrating what went down, George wrote,

Kill me after you have destroyed my business, woman who enters under a trailer to be crushed tells Cross River State Commissioner for Environment.
A mild drama happened today in Calabar in front of the Oando filling station when the Cross River State Commissioner for Environment led a team of enforcement officers to confisticate items sold by petty traders infront of the filling station.
Residents in Calabar, who ply the Calabar highway are aware of this petty traders who usually stand infornt of the filling stations to sell fruits and other small scale items.
When the commissioner and his men seized the goods from the women and dump them inside the trailer to drive away, this woman under this trailer went beneath the trailer and asked the driver to crush him after her N5,000 business had been taken away from her.
Feelers have it that the state government had earlier asked petty food and fruits vendors along the carnival routes to evacuate their businesses for free flow of movement and neatness, while some areas had been used in planting green grasses to beautify the city.
What becomes of this woman and others whose small scale businesses had been taken?