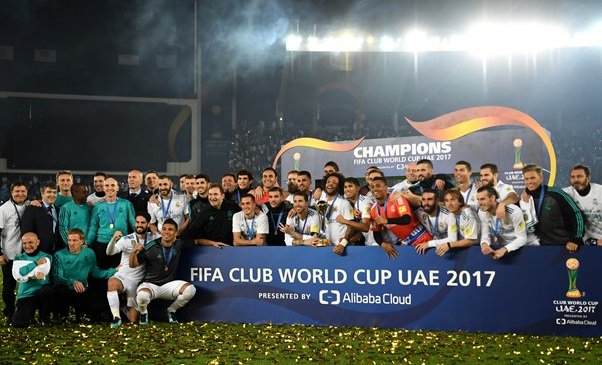 Real Madrid have won their third FIFA Club World Cup, matching Barcelona’s record and taking their tally of intercontinental titles to six.
The Spanish football club also made history by becoming the first team to retain the title after they defeated Gremio 1-0 in Saturday’s final in the United Arab Emirates. 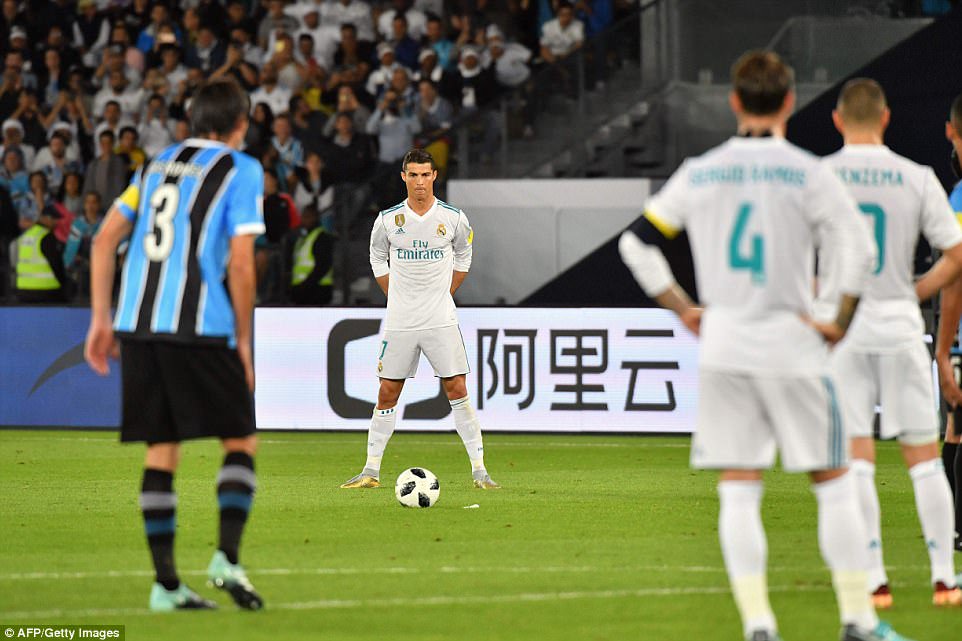 All thanks to five-time Ballon d’Or winner and Portuguese striker, Cristiano Ronaldo who was the hero of the night, after netting a free-kick to open the scoring in the 53rd minute, which became the only goal in the game.
The success brings Real Madrid coach, Zinédine Zidane’s side a fifth trophy for the year following their triumphs in the UEFA Champions League, UEFA Super Cup, Spanish Liga and Spanish Super Cup. 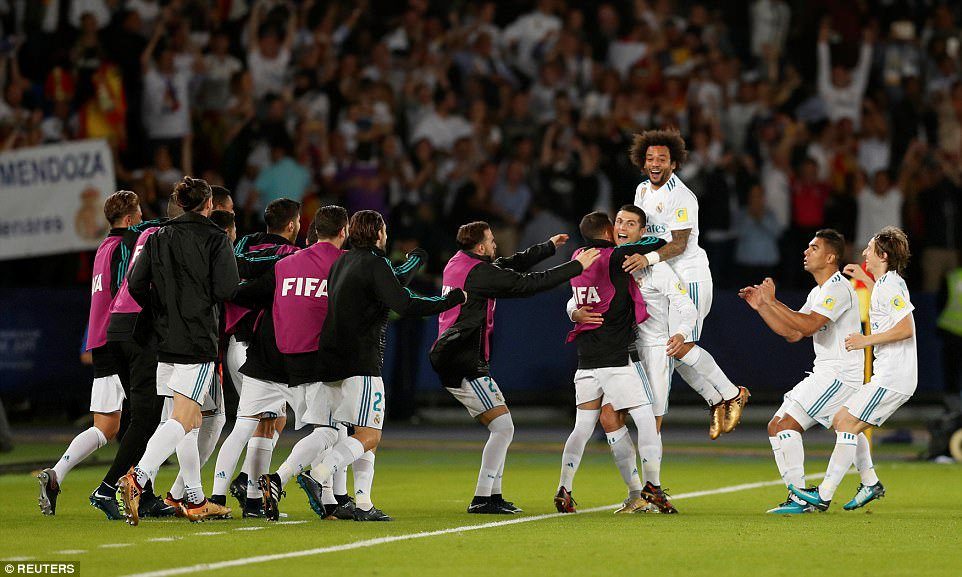 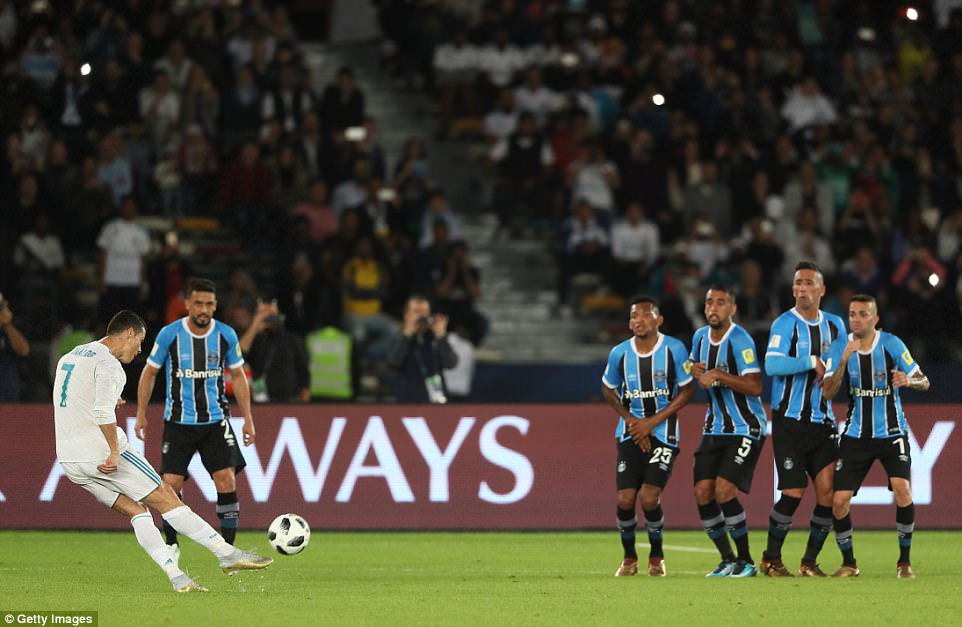