Paul Okoye speaks on why himself and his brother, Jude Okoye, put up their mansion, Squareville, for sale

Paul Okoye speaks on why himself and his brother, Jude Okoye, put up their mansion, Squareville, for sale 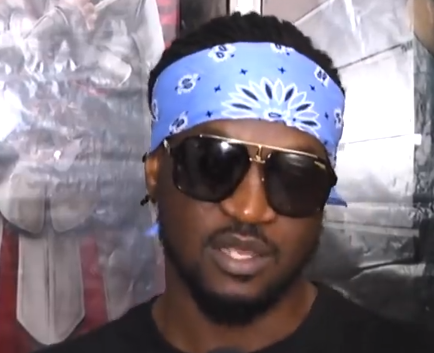 Paul Okoye has finally opened up on why himself and his brother, Jude
Okoye, put up their Squareville mansion located in Omole Estate for
sale. In September, LIB exclusively reported that the brothers have put
the mansion up for sale and the agent is selling the building which
has a swimming pool, basement and other exotic features for 320 Million
Naira. In a recent chat with STV, Paul gave reasons why they were
selling off the house.

‘It is a normal thing. I and Jude own squareville so we decided to
sell it. We had already fixed it up as our office and studio and one
side for our signed artist. When we moved into Ikoyi, going down to
Omole became too stressful. Before now, we were ok with the house on the
mainland because we had no kids nor family then. Now we have our
families and going through the third mainland everyday was stressful.
So we just decided to sell it while we are making plans to buy
somewhere on the Island, preferrably Lekki which is close to us, not the
one that the house is on the mainland and when we have to go there, we
would be checking the traffic situation. ‘ he said

Runtown warns Nigerian to be very careful this December with who they hangout wth, where they go, and what they eat.