Federal Government says,power Generation will increase by 1,129mega watts in 2018 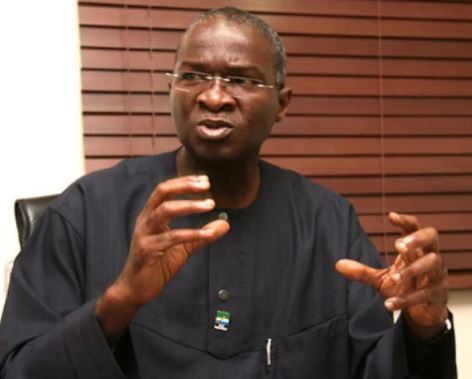 The Federal Government this week announced that when some power
generation projects were completed by 2018, they could generate
additional 1,129 Mega Watts to the current 7,000 Mega Watts in the
country.

Minster of Power, Works and Housing, Babatunde Fashola, said this at
the 22nd monthly meeting of stakeholders in the power sector at Geregu,
Kogi.

Fashola said “the Azura power plant will give us another 450MW; I
know that we will also get 10MW of wind power from Katsina State. I
know that we will get 115MW from Gbari and 30MW from Kashimbila. From
Afam III, we will give 240MW of power in 2018, while Gurara is working
to deliver 30MW, as Dadinkowa in Gombe will provide 29MM and Kaduna will
generate 215 MW. All these power plants do not involve the mini grids
and solar systems that are coming.”

The minister explained that in spite of the attainment of the current
7,000MW in the country, 2,000MW of the total power was not being
distributed to Nigerians. He said it was important to devise means of
taking the unutilised 2,000MW to Nigerians who needed power, noting that
“we cannot afford to keep power; that is not good for business,
especially those who invested in it. One of the steps we are taking with
the Niger Delta Power Holding Company (NDPH) is to try and complete
some of the distribution projects under the Nigerian National Integrated
Power Project (NIPP) projects. In Kogi, the distribution project that
will affect the people positively are the ones in Okene, Igba, which
will be completed in the first quarter of 2018.”

Fashola said the narrative must change from not enough power to how
unutilised power could be distributed. He explained that he had
contacted the President of Manufacturers Association of Nigeria (MAN) to
discuss how its members could key into the undistributed power.

He added that “Director Generator, Lagos Chamber of Commerce and
other chambers of commerce had been contacted on how to take up the 2000
unused megawatts

He attributed the success recorded in the sector so far to government
polices, “especially the provision of N701 billion assurance guarantee
fund that enabled the payment to gas suppliers by Generating Companies
(Gencos).

“The assurance guarantee brought confidence to power production
business, which resulted to increased power production which took us to
all-time high of 7,000MW power availability. As at Dec. 5, 2017, power
supply stood at 5,019MW, which was below the 5,074 MW achieved in
January 2016. However, grid supplied power peaked at all-time high of
5,155 MW on Dec 8, an increase over the January 2016 figure of 5,074 MW”
he said.

He said the success was due to teamwork and leadership provided by
President Muhammadu Buhari, Vice-President Yemi Osinbanjo and other
stakeholders. He then urged stakeholders to join hands in solving the
problems in the sector, saying it was a privilege to be involved in
salvaging the challenges in the sector.

Wife of the President, Aisha Buhari pictured riding in a keke in Katsina state