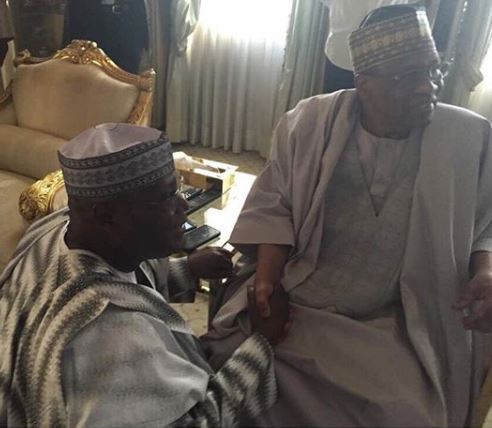 This new photo shows former vice-president Atiku Abubakar who recently paid a visit to former Head of State Ibrahim Babangida in his home in Minna, Niger State kneeling before him.
According to reports, Atiku had reportedly gone to seek for Babangida’s endorsement for his candidacy for president in 2019.
.
While some have termed it a show of respect due to a Northern elder, others have described it as a show of desperation to get elected.

Check out: what's wrong with this photo?