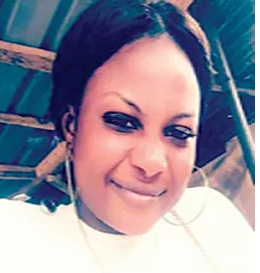 A 21-year-old lady identified as Tawa Oshunuga allegedly committed suicide after her boyfriend  broke up with her over the phone.
According to eyewitnesses, Tawa, who was a makeup artist died on Monday less than 24 hours after she returned from spending the weekend with her boyfriend.
She was in the company of her friend when her man called, she excused herself to answer and nobody can tell what exactly happened after the phone call
The next news people heard was that Oshunuga bought a Snipper, a local insecticide, drank it and died.
It is reported that she called her mom who sells pepper at Alarape Market and asked to come home that she was going through excruciating stomach pain.
Speaking to News Telegraphy Tawa’s friend said


“Tawa was with her boyfriend throughout Saturday and Sunday. When she returned from her guy’s place on Sunday, she didn’t go straight home. She came to play with us. We joked with her that she had gone to satisfy herself. We told her to go home and see her mother. Her mother had already come to ask her from us. The mother knew we were close friends in the community. But we didn’t tell her that Tawa went to her boyfriend’s house. The mother needed Tawa on that Sunday to assist her in the market. We gathered that when she got home, her mother was already in the market. It was after she drank the snipper that she called her mother to come home quickly. She told her mother she was feeling serious stomach pains.
“When her mother got home, Tawa was on the floor, writhing in pains. The mother immediately called some of their neighbours and they rushed her to a private hospital.”
Another friend, who identified herself simply as Jummy said: “It was in the process of trying to take her to hospital, they discovered a bottle of snipper beside her. It was then people realized that she poisoned herself. At the hospital, doctor referred her to Lagos State University Teaching Hospital (LASUTH), Ikeja, where she was pronounced dead on arrival. That was how we lost our friend.”
The incident was reported at the Alade Police Station, Somolu, Lagos, after she was brought back from the hospital. She was buried at Atan cemetery.

IPOB member meets Nnamdi Kanu's mother, says he would kill Mary, the mother of Jesus for her

The long awaited Audition for BBnaija season3 is finally here, check out date and locations