I want to be the President of Nigerian, because i have something in my head that can change the country – Rochas Okorocha

I want to be the President of Nigerian, because i have something in my head that can change the country – Rochas Okorocha 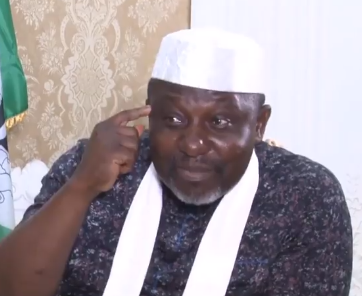 In an interview with Channels TV, Imo state governor, Rochas
Okorocha, says he wants to be the President of Nigeria because he has
something in his head that can change the country within the shortest
possible time. Governor Okorocha in the interview also replied his
opponents that are against him installing his relations into political
offices.

According to him, kicking against such ideology is myopic. He says if
his inlaw wants to run for governor of the state and he is well
qualified, he would support him.

In the interview, he also stated that he is the best governor Imo
state has ever had since creation. Watch the interview below…