President Buhari reacts to Military takeover in Zimbabwe, calls for calm and respect for the constitution

President Buhari reacts to Military takeover in Zimbabwe, calls for calm and respect for the constitution 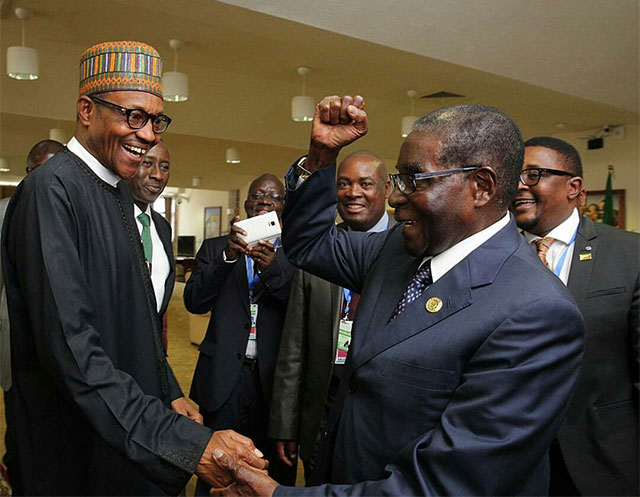 President Buhari has reacted to the military takeover of power
currently happening in Zimbabwe. In a statement released by his media
aide, Femi Adesina, President Buhari called for calm, peace and respect
for the constitution in Zimbabwe. He urged all political and military
stakeholders in Zimbabwe to avoid any action that may plunge the country
into unnecessary conflict and impact negatively on the region.

According to President Buhari, “every attempt must be made to resolve
all contentious issues by constitutional means in Zimbabwe to save the
country from avoidable political instability.”

His appeal came in the wake of reported “military takeover” as a
result of rising political tension in the southern African country
sequel to President Robert Mugabe’s recent removal of former
Vice-President, Emmerson Mnangagwa. This led to the threat by the head
of the Armed Forces of Zimbabwe, General Constantino Chiwenga, that “the
military will not hesitate to step in” when the issue had to do with
protecting the “revolution.”

Please do not buy into the senseless propaganda on secession, Igbo is Nigeria and Nigeria is Igbo, president Buhari tells south east indegenes