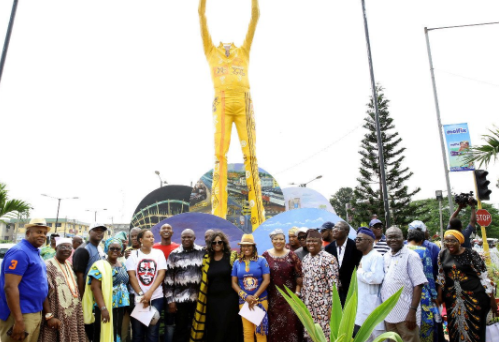 He then went on with his entourage to wittness a command live
performance by Femi Kuti at the New Afrika Shrine, Ikeja as the 2017
Felabration wrapped up.

Stripper shows off money she earned in just one night!