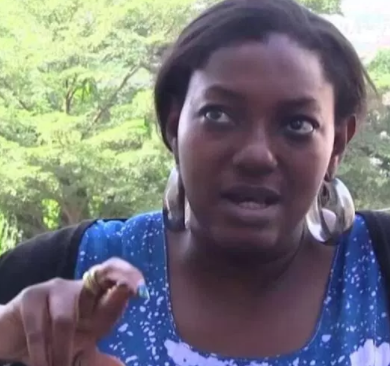 On Thursday, the ECOWAS Court imposed a fine of N18 million on the Nigerian Federal government for violating the human rights of three Nigerian women in 2011 when it labelled them prostitutes.
The three women Dorothy Njemanze, a popular activist, Justina Etim and Amarachi Jessyford are to be paid the sum of N6 million each by the federal government for their unlawful arrest, detention and being called as prostitutes in Abuja.
Delivering judgment in the court action instituted against the government at the regional court, Justice Friday Chijoke Nwoke ordered the government to pay the sum to the three ladies as compensation for the humiliation and inhuman treatment they suffered during their arbitrary arrest and designating them prostitutes.
Justice Nwoke held that the government was liable for the arbitrary arrest and detention of the plaintiffs carried out by military operatives, police and officials of the Abuja Environmental Protection Board (AEPB) who claimed to be acting on the directive of the federal government.
The judge held that the government’s pronouncement in declaring the three ladies commercial sex hawkers was a gross violation of their rights to dignity because there was no shred of evidence from the defendants for doing so other than mere suspicion that they were outside late at night. The ECOWAS court agreed with the counsel to the plaintiffs, Bolaji Gabari, that there was no law in the Nigerian statute book prohibiting women from being outside late at night.
Besides, the court held that the defendant acted in bad faith and in gross violation of the fundamental rights of the plaintiffs to the freedom of movement by arresting and detaining them at the Gwarimpa Police Station in Abuja without informing them of the reasons for their arrest and without charging them to court for any known offence.
Justice Nwoke, who headed the three-man panel of the court in delivering the judgment, further held that the violent, cruel, inhuman, degrading discriminatory and unlawful treatment meted out to the plaintiffs by the law enforcement agents of the federal government in Abuja was a condemnable act because the violation of rights of the plaintiffs to human dignity was carried out in breach of all known human rights laws.
He further held that from the totality of the evidence adduced during the hearing of the matter and from the totality of the claims of the plaintiffs, it was clear to the court that the action of the defendants was targeted at women in a discriminatory way and manner, adding that when women are seen on the streets does not necessarily mean that they are prostitutes, except and unless there are cogent reasons and evidence to hold such a position.
The ECOWAS Court further held that the actions of the law enforcement agents against the plaintiffs were painful on the grounds that after the arrest of the plaintiffs and their dumping in detention, the federal government did not consider it necessary through its security agents to carry out a thorough investigation on the arrested ladies to determine their status better and merely went out of its way to pronounce them prostitutes without any cogent evidence.
“The right to human dignity is the most fundamental human right and unless legislation permits, no one must be deprived of the right to human dignity.
“In the instant case, the action of the defendant runs contrary to all laws on human rights because the arbitrary arrest, detention and declaration of the plaintiffs as a class of prostitute was not premised on any known law.
“At any rate, the discriminatory treatment, cruel and inhuman treatment meted out to the plaintiffs in this case cannot be said to be in good faith for whatever reasons other than the fact that their fundamental rights to human dignity have been violently violated and as such each of the plaintiffs is hereby awarded six million naira each to be paid by the defendant for the unlawful action against the citizens,” the court held.
Justice Nwoke added that law enforcement agents under the law might have powers to make lawful arrests but such powers to make lawful arrests becomes unlawful when the power of arrest is arbitrarily carried out, as in the instant case.
Reacting to the judgment, Njemanze who wept shortly after the judgm
ent was handed down against the government, thanked the court for doing justice to the government’s unlawful claim of declaring her a prostitute. She expressed optimism that with the judgment, the government will now do away with all laws and policies targeted at discriminating against women.
Share this...

Proud Nigerian husband woke his wife in bed with breakfast says: "Loving this woman his part of the FBI Brand"