Davido finally releases Videos and Statement on the death of his friend, Tagbo

Davido finally releases Videos and Statement on the death of his friend, Tagbo 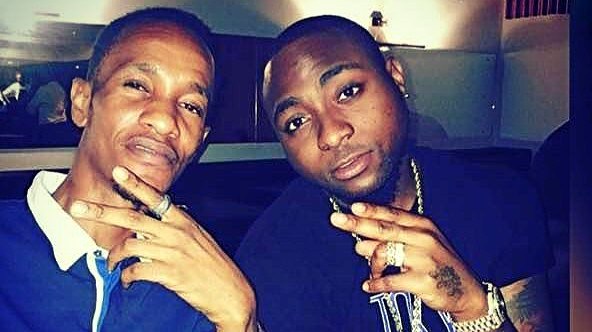 24 hours after the Lagos state police commissioner indicted him in the death of his friend, Tagbo Umeike, singer Davido, has released a statement telling his own side of the story. He also shared videos to back up his claims. According to Davido, when Tagbo started acting up after taking 40 shots of Tequila, he advised that he should allow someone drive him home but that Tagbo declined his advise. He says the videos show how they tried to get Tagbo help. Read his statement below 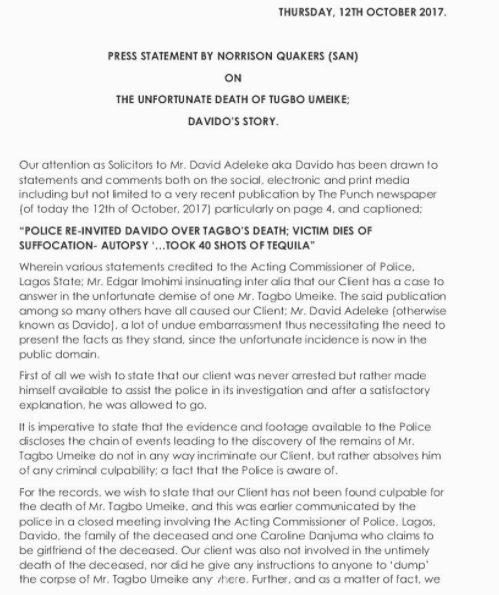 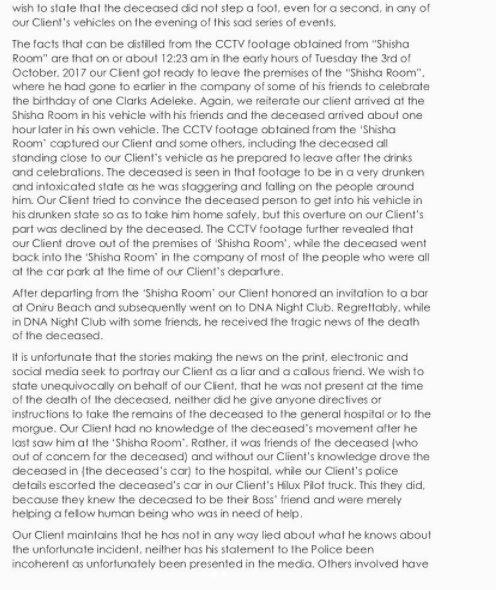 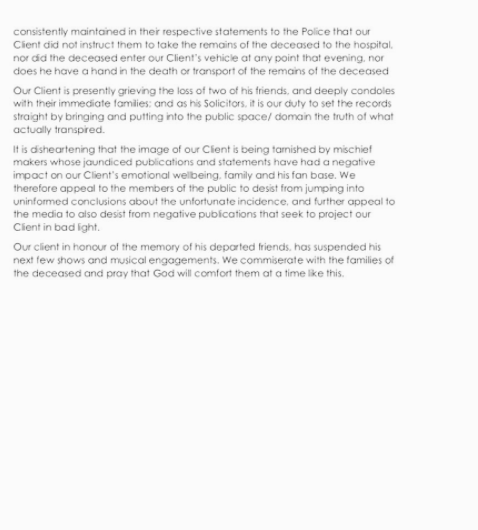