Cardinal Anthony says: “pastor Adebayo made a useless statement about opening churches every where”

Cardinal Anthony  Okogie says: “pastor Adebayo made a useless statement about opening churches every where” 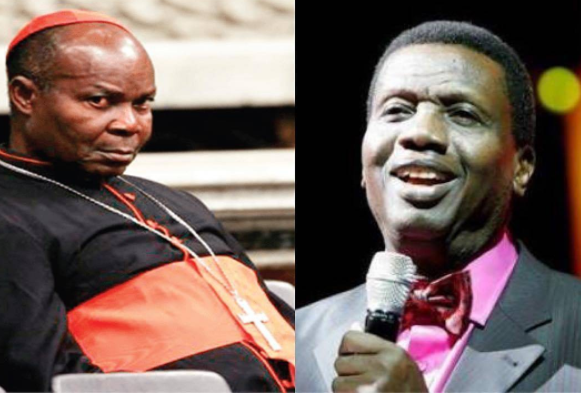 Cardinal Anthony Olubunmi Okogie, the Archbishop Emeritus of the Catholic Archdiocese of Lagos has said that there is no Godliness in the decision by some churches in the country to have as many branches as possible. He described such branches as “mere business centres,” insisting that there is indeed no godliness in planting churches in close proximity.
In a recent interview with NewTelegraph, the Cardinal noted that the creation of such churches has not elicited commensurate level of godliness across the land. According to him, ‘In order to bring us together and to get sanity back into this country, the fear of God must be number one. Nigerians of today don’t care a hoot about God. For example, I heard that one of my colleagues, Pastor Adeboye, said that he would love to build churches everywhere so as to make it easy for worshipers to walk to them.But for me, that is a useless statement. How can you say you will build churches everywhere? What kind of churches are you talking about? Look at traffic in Lagos for example, and those who are pastors are traders and a good number of them are business men’. He continued to say, ‘such churches in most cases are more like business houses! Look at the number of churches springing up in Lagos. If the Muslims start building mosques like that, does it show that Nigeria is a religious country? Every day we hear of killings and other things that we were not hearing before. Churches must ensure that there is fear of God. They just rent houses and in order to make more money, they license them. They pay their dues to the bosses in the churches, every one of them. Some of them can’t pay their own house rents. Yet every Sunday, they gather in the house there and say they are opening churches. One must think twice; and I don’t think that God wants us to serve him with force’.
Share this...

Daddy Freeze says: "i think Jesus is waiting for Africans to receive sense before he returns"