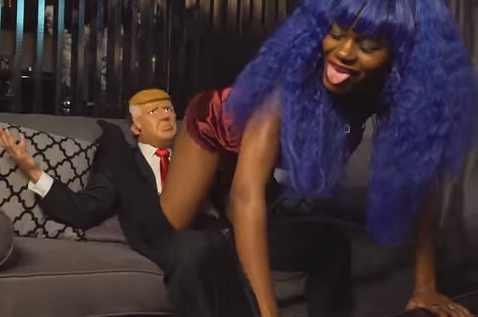 American-Nigerian rapper, Princess Vitarah is back generating controversy. This time, she’s rapping about having sexual relations with the president of the United States, Donald Trump.
In a music video released yesterday, Vitarah, who likes to rap about d*** and p****, featured a man wearing a mask made to look like Donald Trump. She is seen in the video whining and grinding against the man. 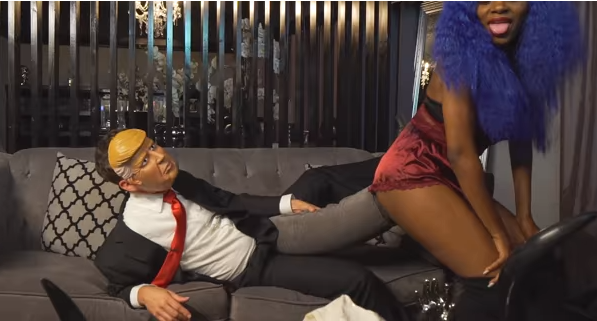 “I wanna f*** Donald Trump cos my p**** kill niggas,” she rapped.
The man mimicking Mr. Trump in the video can be seen in different raunchy positions with the rapper. He is also seen in bondage, a rope keeping him bound to a chair as Vitarah acted like she was trying to strangle and stab him. 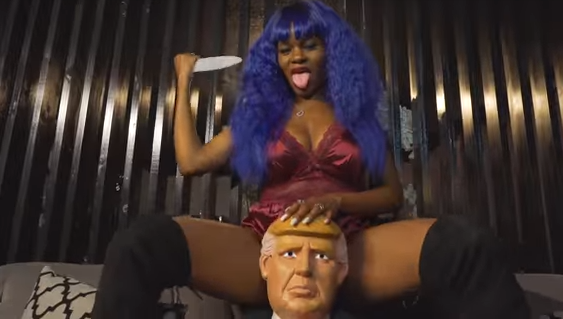 Watch the video below.

Teebeauty and fashion world is looking for the following people to Collaborate with, Makeup artist, Ankara Craftsmen, Photographers and Cream makers.