Couple caught on CCTV, having sex in a Domino’s pizza shop in the presence of people (video)

Couple caught on CCTV, having sex in a Domino’s pizza shop in the presence of people (video) 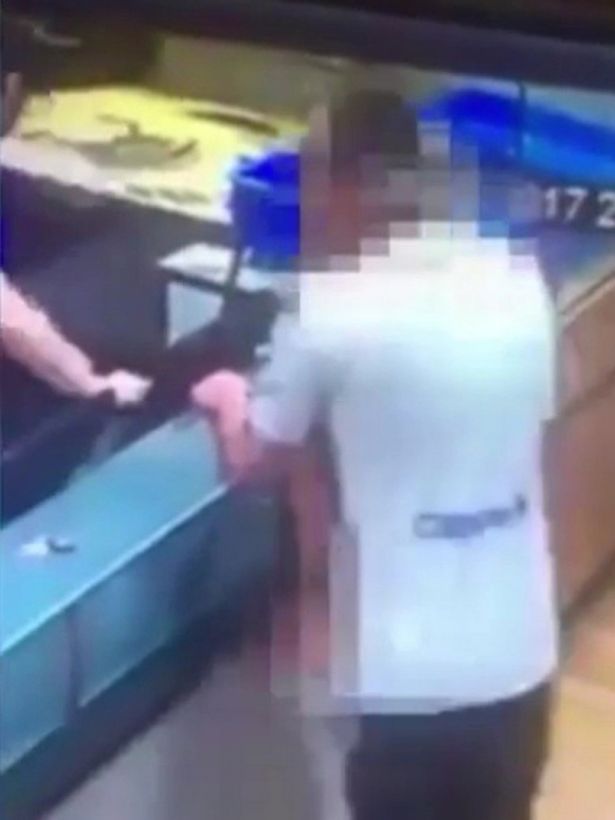 A couple who could not wait to get to somewhere private got down to business as they awaited their order in a Domino’s pizza delivery shop in Scarborough, North Yorks.
The sexual encounter lasted for about 18 minutes and happened in the presence of people. It was caught on CCTV and they could face jail for the “lewd and obsene” acts.
The video shows Daniella Hirst, 28 and Craig Smith, 31, waiting for their stuffed crust pizza. As the staff fixed their order, they began having sex. First, it shows them simulating a sex act with a wet-floor sign. Craig held the sign as though it were a penis and Daniella bent her buttocks into it. Then Craig carried Danielle and threw her into a sex position mid-air. 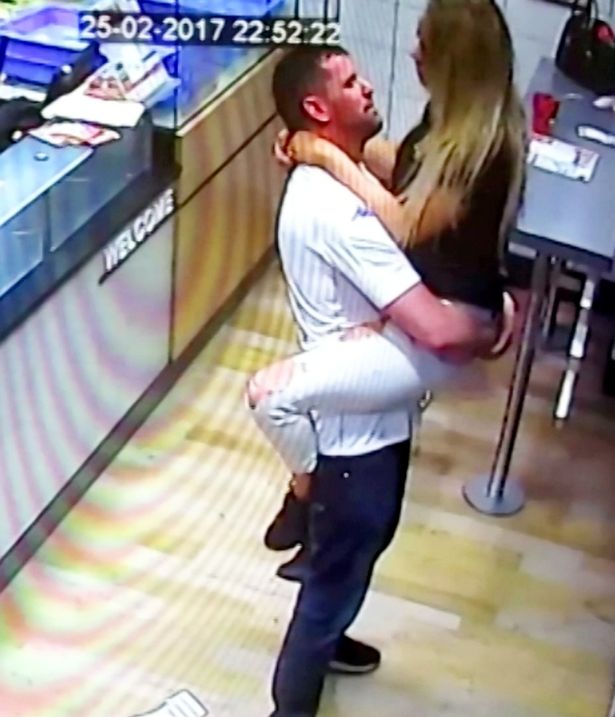 Soon, Danielle went on her knees, pulled Craig’s pants down and started performing oral sex on him. When she was done, she stood, pulled her pants and they had sex while leaning against the counter. Staff can be seen behind the counter fixing their order. Others were seen walking around the waiting area but that did not deter the couple. When they were done, they took their meal and left.
A member of the Domino’s staff shared the footage on Twitter and that was when North Yorkshire Police became aware of it. The couple were charged to court. The lewd footage was shown at Scarborough Magistrates’ Court, where the pair faced charges of outraging public decency.
Danielle later described her behaviour as “horrendous” and said she “cringed” when watching the CCTV footage back during police interview. She was in court yesterday where she pleaded guilty to the offense and Craig was found guilty in his absence after a trial lasting barely 30 minutes. 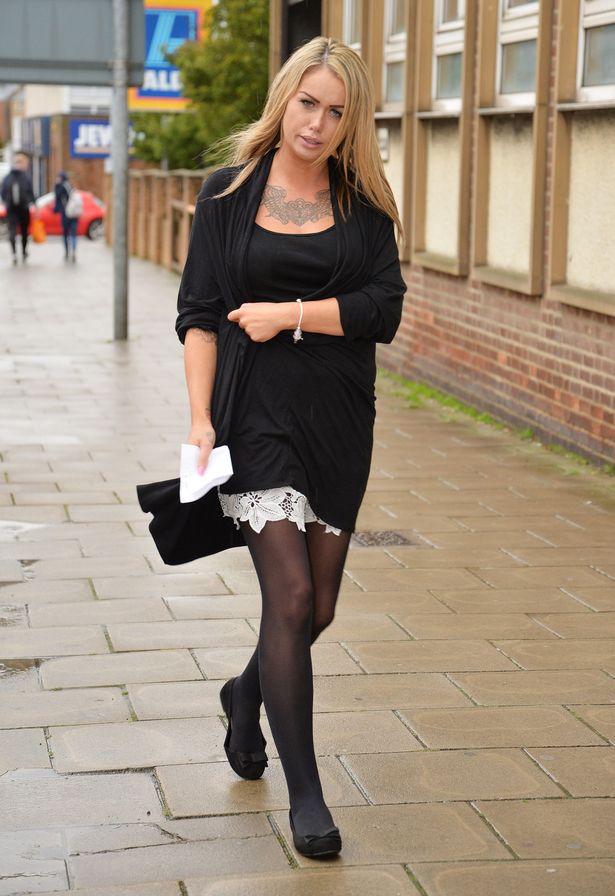 The incident occurred on February 25, 2016. It was Craig’s birthday and the couple, from Bridlington, East Yorks, had spent the weekend drinking and celebrating when they got the train to Scarborough.
Magistrate Angela Beardshall said the act was offensive because members of the public and staff of Domino’s were present while it happened.
She said: “The prosecution has not obtained this footage illegally although it may well be it was distributed improperly. In coming to our decision we do take note Mr Smith has not attended but do deem him present via his solicitor. We have watched the footage and it’s not disputed the male in the footage is Mr Smith. A great deal of the acts were lewd, obscene and disgusting.Members of staff were present and the defendants could not be sure that members of the public would not enter the premises. We view this offence as so serious that it passes the custody threshold.
“The offence was in a public place. Members of the public were present and so were staff. Members of the public should not have to put up with this disgusting behaviour.”
Both Hirst and Smith will be sentenced on October 17 at Scarborough Magistrates’ Court.
Watch a snippet of the video below.
Share this...