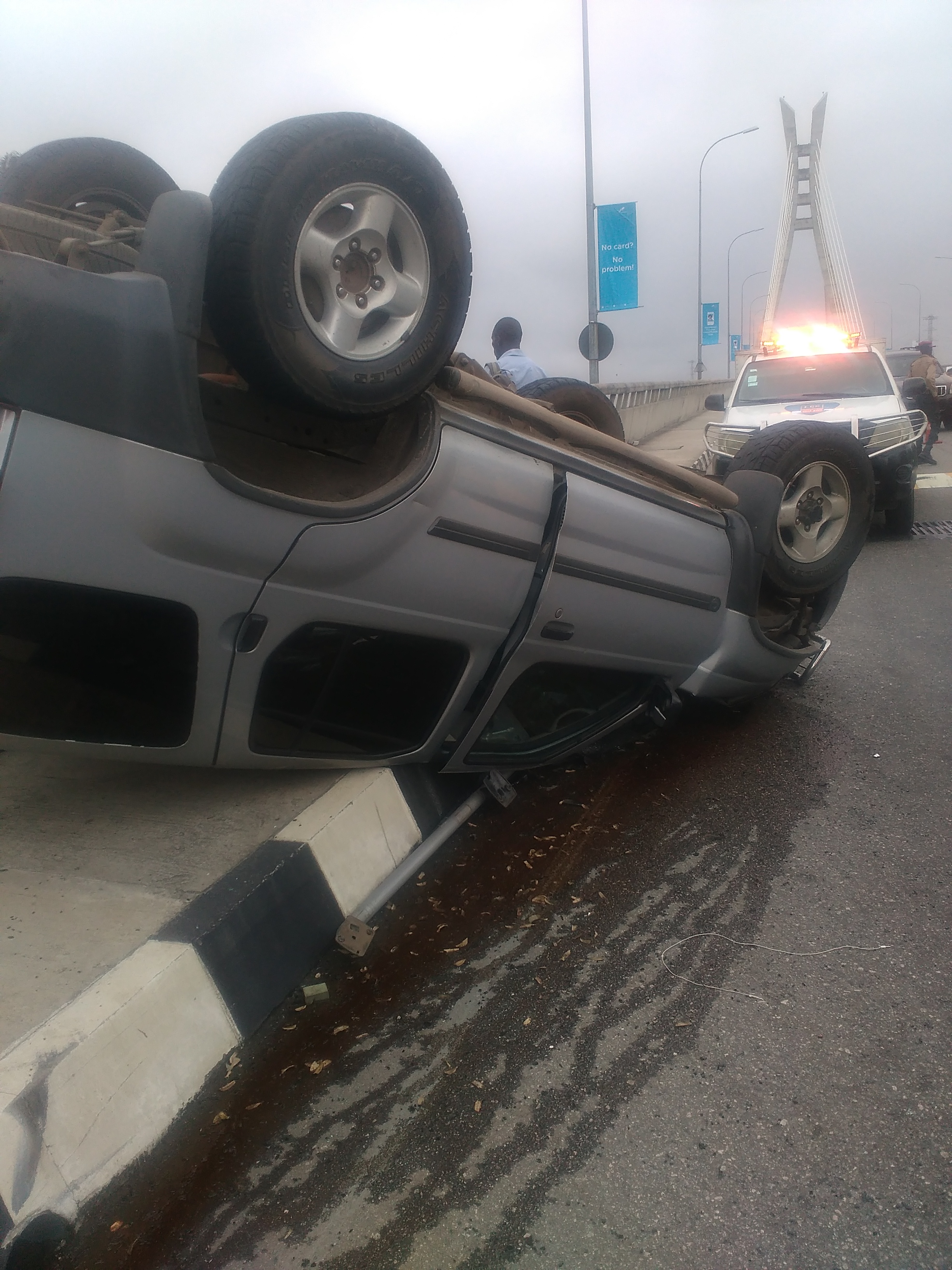 An accident involving a blue Toyota Corolla and a silver Nissan Xterra occurred in the early hours of yesterday on the Lekki-Ikoyi bridge but passengers in both cars miraculously survived with minor injuries.

According to witnesses, the silver suv was speeding along the bridge shortly after exiting the toll gate, when it failed break, hit the Toyota Corolla in front of it, and summersaulted. 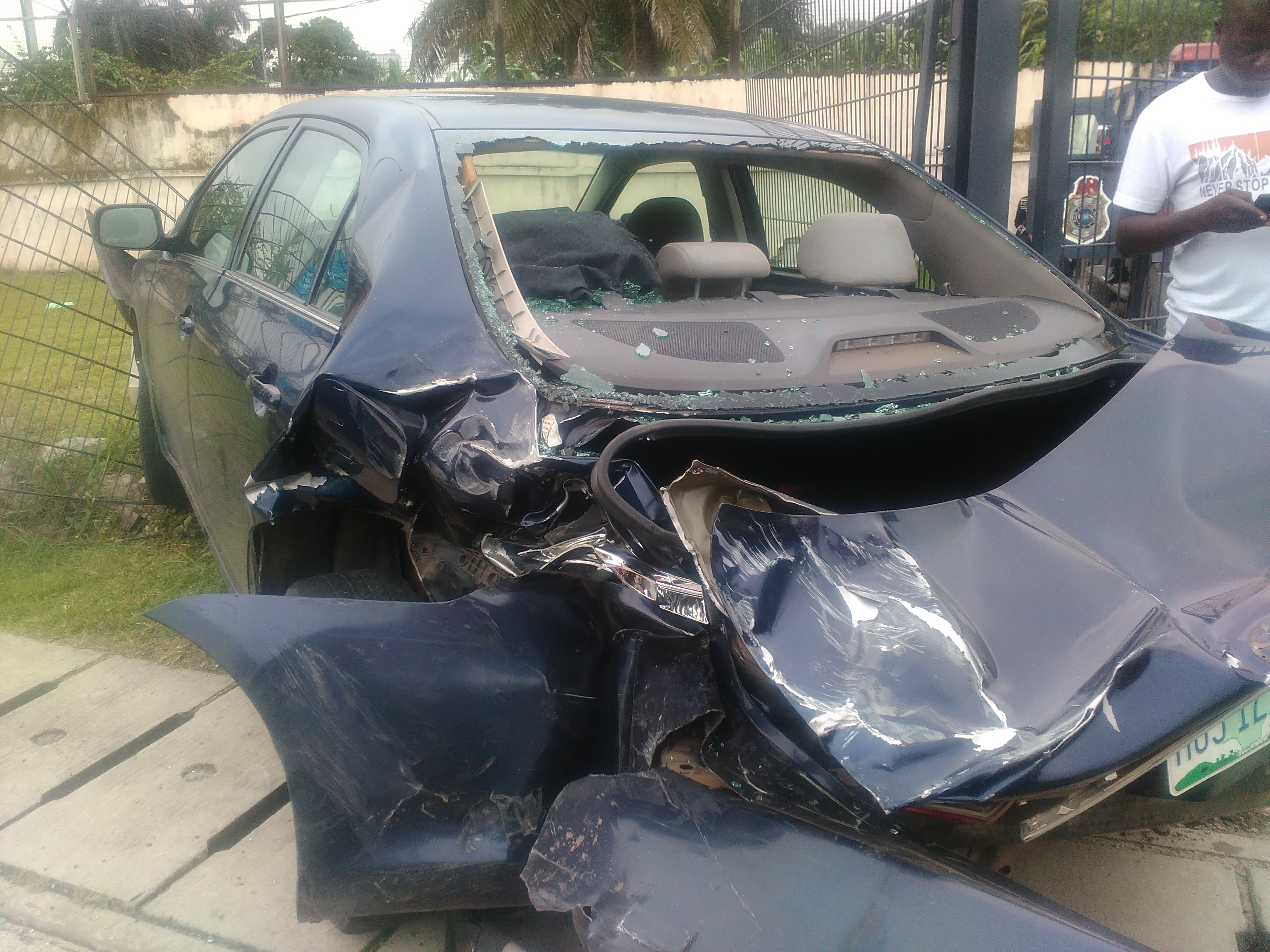 The Nissan, driven by a uniformed soldier, had eight occupants, while the Toyota reportedly had four occupants. The soldier had a cut on his forehead and it was bleeding. A female passenger sat at the scene, too weak to move, and complained of pain. Her jaw was visibly swollen but, otherwise, there were no injuries on her body. Other passengers seemed OK but shocked. 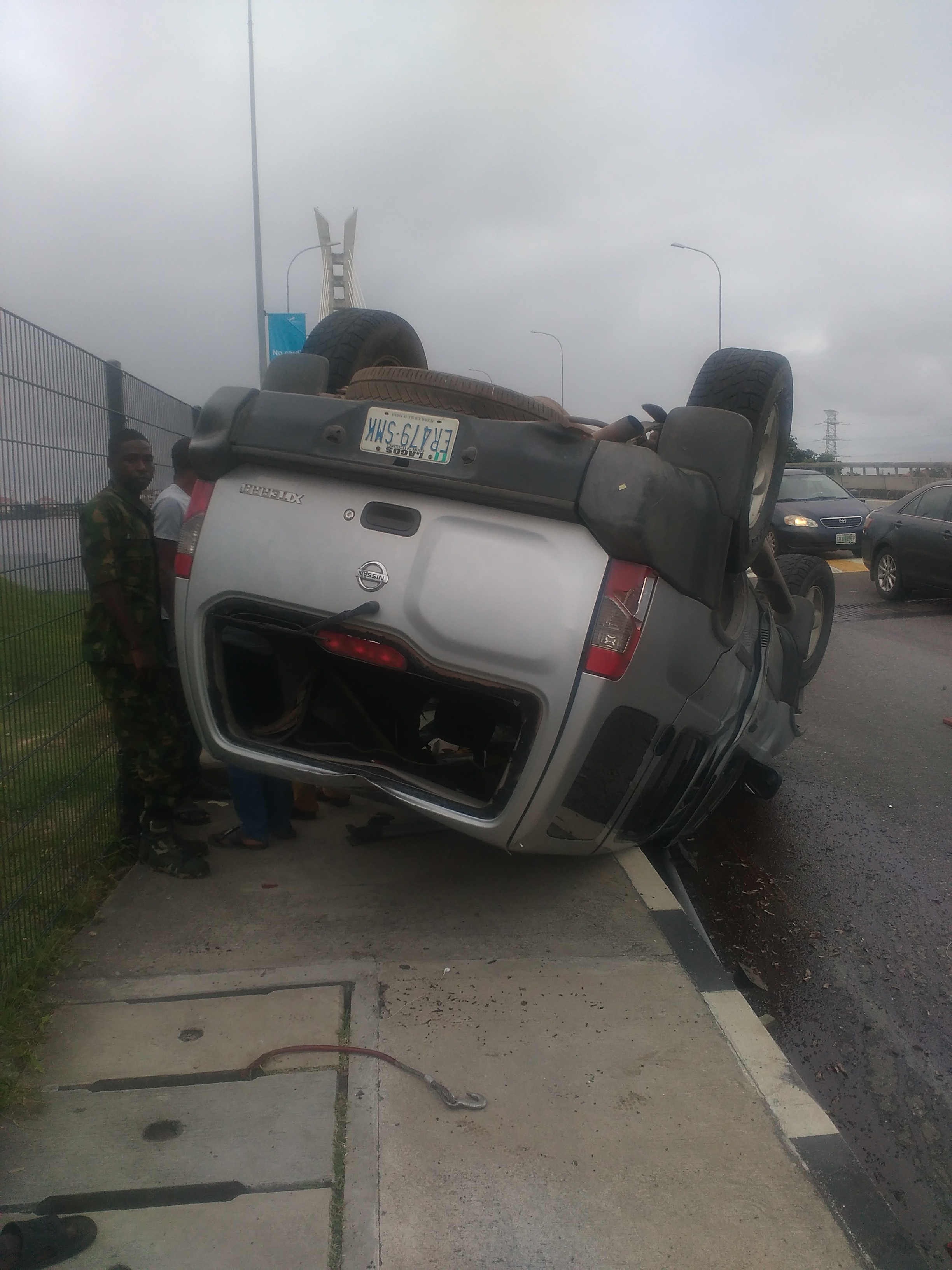 Federal Road Safety officials were on ground to assist the victims while they waited for Emergency Services to arrive. The accident occurred between 5 p.m. and 5:30 p.m.
Share this...

Kcee addresses Hushpuppi feud in new video, say: " we work too hard. he can't just ride our back to get fame because, he has money"

See photos: president Buhari,hosts ooni of Ife, Sautan of Sokoto, Emir of Kno and other traditional rulers at the State house